Citizens showed tolerance, understanding and care for the state

Prime Minister Ana Brnabic expressed her gratitude to the citizens of Serbia who showed tolerance and understood the calls of the state, and pointed out that she is proud of the fact that the day passed without major incidents.

Speaking at an extraordinary press conference on the occasion of EuroPride, Brnabic expressed her personal gratitude and the gratitude of the government of Serbia to all citizens, that is, to the vast majority and the residents of Belgrade, because they showed tolerance, understanding and, first of all, care for the state.

They understood everything we talked about for the last two weeks. We called for stability, unity, not to fall for provocations and to leave aside these things that we had as the number one topic, even though there are much bigger problems for Serbia, and deal with more problematic things, explained the Prime Minister.

She assessed that the greatest number of Serbian citizens listened to this and thanks to them we had a day that passed without major incidents, in peace.

We all owe special thanks to the members of the Ministry of the Interior and Intelligence and Security Agency, our security services, because they are the ones who ensured that Belgrade is a safe, secure city today and who suppressed the incidents we had, underlined the Prime Minister.

Everything was done in the best way. We are done with this topic, we put an end to it and turn to bigger problems, more important things, preparations for winter and everything that lies ahead, in terms of international challenges, Brnabic specified.

She said that the President of Serbia flew to New York today, where he will participate in the work of the UN General Assembly, while she is travelling to London early tomorrow for Queen Elizabeth's funeral. 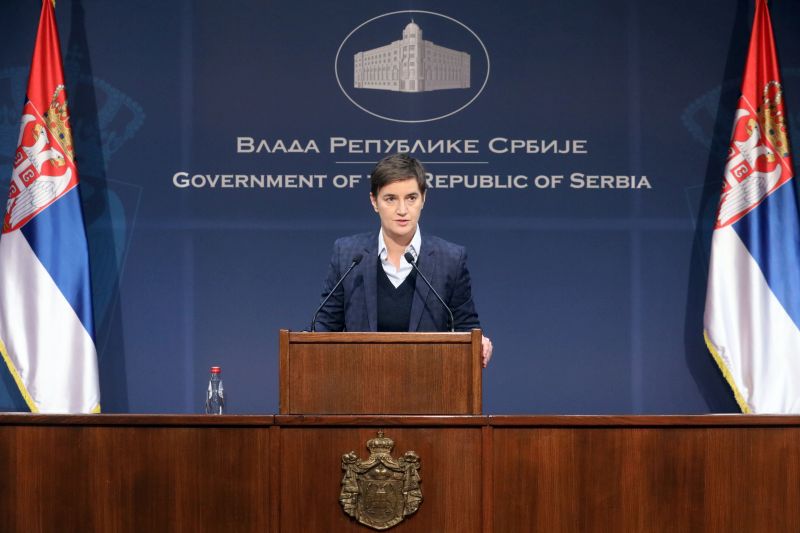