The Future is Now

With the Fourth Industrial, i.e. Digital Revolution, we have a chance to make up for lagging behind and catch up with more developed countries. This technological revolution will fundamentally change our lives, it is inevitable and unstoppable. Only winning societies choose to welcome changes, they do not averse from them. The Serbian Government believes that Serbia is ready to lead the entire region in changes that will follow and creation of new possibilities for all. The digitization process will enhance the standard and quality of life for hundreds of thousands of Serbian citizens. Efficiency will be increased, costs will be reduced and new value will be created in almost all areas of life and work. The digitization process is the most important catalyst of innovations, competitiveness and growth. 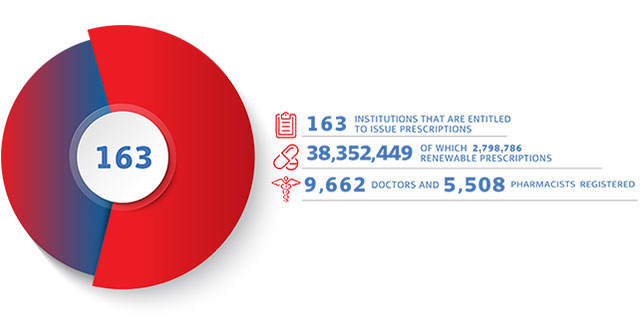 Since 01/07/2018, the electronic prescription functions in 163 health care institutions of the primary level of health protection. In the following period, we are also expecting integration with the social protection institutions including senior homes.

The electronic prescription may be administered in 3,600 pharmacies across Serbia which have an agreement with the National Health Insurance Fund on the issuance of medicines at the expense of the mandatory health insurance.

An integration was successfully performed with 9 different software solutions that are used as the health information system on the primary level of health protection.