Serious state remembers its innocent victims, seeks justice for them

“As Prime Minister of the Republic of Serbia, it is my duty to remind everyone in Serbia, but also in Croatia, Bosnia and Herzegovina and the European Union, for whom and for what justice Serbian President Aleksandar Vucic and the state of Serbia are fighting.

I am talking about filing an indictment against cowards and monsters who 27 years ago, from air, in the territory of another state, killed children and the elderly in a procession of refugees, who just a few hours before lost their houses and everything they had in the world.

This previous crime – the biggest ethnic cleansing after the Second World War, due to which those people ended up in a procession of refugees (for which, also, no one was held accountable), apparently was not enough. It was necessary to catch up with the procession of the elderly, women and children and shell them, in order to ensure that they would never come back.

Croatian MiG airplanes attacked the procession of Serb refugees from the territory of Lika and Dalmacija, on 7 August 1995, on the Bosanski Petrovac-Kljuc main road, in Kapljuh, in the village of Bravsko, and in less than two minutes killed at least 13 people, of whom six children. Darinka Drca (68) and her grandson Jovica who was only six years old were killed. Mirjana Dubajic, who was only 21 years old, was killed. Brother and sister Zarko and Nevenka Rajic were killed. Zarko was nine and Nevenka 11. Krstan Vukovic (44) and his son Darko, who was 13, were killed. Mirko Stelja (34) and his father Branko (72) were killed. 83-year old Milka Kovacevic was killed. Around 50 civilians were killed, of whom a large number of children.

Twenty-seven long years have passed since, without anyone finding it necessary to react, to try the organisers and perpetrators, criminals who killed children in a procession of refugees, in the territory of another country. Those unfortunate people had already left not only their homes in Croatia, but the territory of Croatia too, but that did not stop Croatian aircraft from pursuing and killing them.

When Serbia finally did it, 27 years later, we hear threats. That our European path will be blocked, that we must come to our senses or we will never enter the European Union, that our President should answer – I guess because he dared to seek justice for Jovica, Zarko, Nevenka, Mirko, Darko, Darinka? According to them, Aleksandar Vucic should answer for creating a state that is strong and serious enough to remember its innocent victims and seek justice for them.

Protecting murderers of children and the elderly is not a European value, nor a threat to those seeking justice either. The crime was committed – Croatian lawyer Ante Nobilo also says that: “The basic thing is that our moral right to reproach Serbia is getting weaker if we know that this crime was really committed, that aircraft of the Croatian army really shelled a procession of civilians... We have to start from the fact that we are in sin and that we made an omission and that we are objectively in trouble now”.

Here I would add that the “omission” is that the State Prosecutor’s Office of the Republic of Croatia has not even launched an investigation into this war crime for more than twenty years, let alone indictment or trial.

The Serbian government thanks our Prosecutor’s Office for filing the indictment, and the President of the Republic of Serbia for insisting that this crime not be forgotten. There is no person in the civilised world who will say that the murder of little Jovica who was six years old is acceptable and even more than that - unpunishable.

Full support to all institutions of the Republic of Serbia in the fight for justice, which is sometimes slow, but always remains sure”, reads the statement of Prime Minister Brnabic. 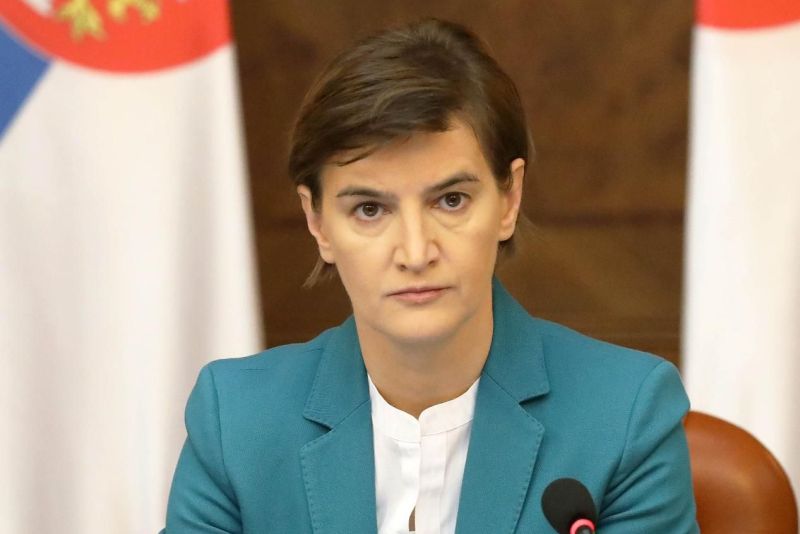