Prime Minister Ana Brnabic stated today that Serbia is already preparing for next winter, which will be extremely difficult, and added that citizens are sometimes not aware of how difficult the crisis is, which is good to a degree because it shows that the state is fighting it successfully.

In an appearance on Television Happy, Brnabic said that there were price increases in our country, but we are keeping them under control and thus people have not felt that difficult times have arrived and are not preparing for even more difficult ones.

There will be food in Serbia, but the world will face food shortages, the Prime Minister said and rejected some allegations that Serbia will use food and medicines to influence political decisions of some countries.

Answering the question as to what kind of threats Serbia receives so that it would choose sides regarding the conflict in Ukraine, she said that our country has not stayed completely neutral in this situation, but has taken a political decision in line with international law.

We believe that the violation of territorial integrity of Ukraine is very wrong, we have only not choose sides regarding the sanctions, but politically we made it clear what our position is, Brnabic said.

According to her, that is often ignored and forgotten, but Serbia defends its position, which is not easy, as it is not entirely to Russia’s liking either, because we stand behind the territorial integrity of Ukraine. 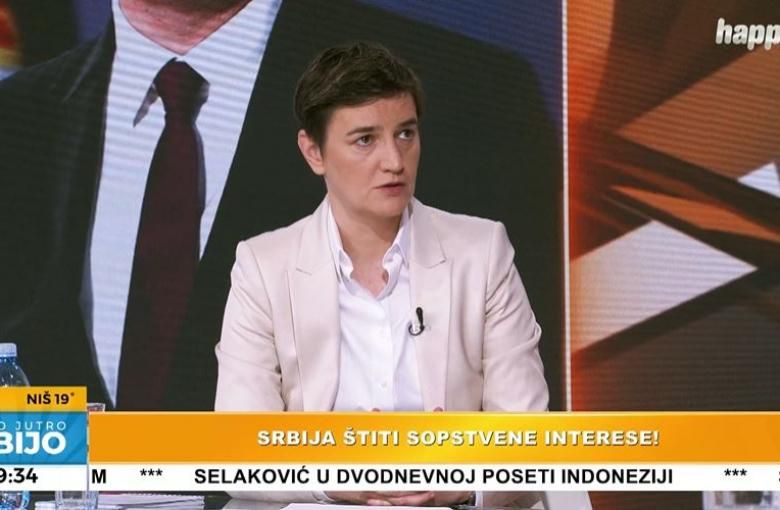