Prime Minister Ana Brnabic stated today that the decision of Pristina to prohibit Serbs living in Kosovo and Metohija from voting at the referendum on the change of the Constitution of the Republic of Serbia is disgraceful and that she does not understand partners from the international community who did not react to that.

In a televised appearance on Television Prva, Brnabic said that this will be one of the topics of talks during her visit to Brussels on 25 January, where she will attend a session of the Council for Stabilisation and Association, as part of Serbia’s pre-accession talks with the EU.

Brnabic added that she will also have meetings with EU officials there and that she will ask them what they are planning to do regarding the decision of Pristina to prevent Serbs living in Kosovo and Metohija from casting their votes at the referendum that was held on 16 January.

Pristina deprived Serbs in Kosovo and Metohija of a basic right and this will have far-reaching consequences. They depend on how Pristina will behave in the case of elections that will be held on 3 April, but this will surely be on the agenda of all our meetings with them in the future, Brnabic stated and added that the consequences will surely be political as Serbia always maintains peace and stability.

The Prime Minister noted that a 30 percent turnout at the referendum on the change of the Constitution of the Republic of Serbia in the field of judiciary is extremely good and that she is satisfied with the result.

Brnabic added that a record number of new cases of coronavirus is expected today as the data collected until 8 am today are very bad.

She stated that Serbia has good epidemiological measures – wearing masks indoors, keeping physical distance and covid passes for after 8 pm and that citizens only need to comply with these measures.

Commenting on the situation regarding world’s best tennis player Novak Djokovic, she said that the Australian government did not request any additional guarantees for Novak and that she had direct communication with that country’s officials. 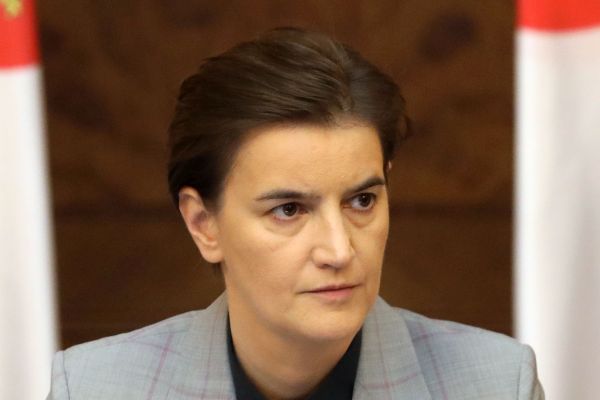