Serbia sets aside considerable funds for projects in Republika Srpska

Prime Minister Ana Brnabic stated today in Istocno Sarajevo, after a session of the governments of Republika Srpska and Serbia, that our country will invest €787 million in Republika Srpska in the next few years.

At a joint press conference with Prime Minister of Republika Srpska Radovan Viskovic, Brnabic pointed out that the construction of the Buk Bijela hydro electric power plant, the Belgrade-Sarajevo highway, the Raca-Bijeljina section and the Trebinje airport is currently underway.

Through all these projects, Serbia invests around €500 million in Republika Srpska. This amount also includes Serbia's special support to four municipalities of Republika Srpska  - Nevesinje, Drvar, Dubica and Kostajnica, which stands at between €10 million and €12 million, Brnabic underlined.

According to her, if other two hydroelectric power plants of Foca and Paunci are included, within the larger project of HPP Gornja Drina, then there is a total investment of Serbia of €787 million in the next few years, the Prime Minister explained.

She recalled that Serbia also donated various projects in the field of education, health, environment, infrastructure in local communities in Republika Srpska.

Since 2014 until today, the value of donations has been over €82 million and that will continue, the Prime Minister pointed out and added that all together, it amounts to over a billion euros that Serbia invests in projects in Republika Srpska through investments and to a lesser extent donations.

Brnabic also congratulated Republika Srpska on entering the stock market and on excellent results in the field of economic growth.

Viskovic estimated that the previous 10 years of cooperation between the governments of Serbia and Republika Srpska have led to significant infrastructure projects, the value of which will exceed 1.6 billion marks in the coming period.

Today, we will lay the foundation stone for three hydroelectric power plants - Buk Bijela, Foča and Paunci, whose value is over 1.1 billion marks. We also talked about starting the construction of the Sremska Raca-Bijeljina highway very soon, which Serbia is helping with €100 million, he announced.

According to him, the project of building an airport in Trebinje, which is also an investment of €100 million, is of great importance because it should enable Herzegovina to have much faster development in the coming years.

Viskovic expressed the expectation that the "Bratoljub" bridge in Bratunac will finally be put into operation soon, reminding that Serbia built the bridge from its own funds two years ago, but, unfortunately, BiH institutions should complete the border crossing, and citizens on they have been waiting for it for more than two years.

I hope that it will be completed by the end of June and that we will gather in July or August and put the bridge and the border crossing into use, said the Republika Srpska Prime Minister.

Viskovic emphasised that in the coming period, Republika Srpska will implement many more projects with Serbia, from the construction of "smart cities" to certain projects in the field of health. 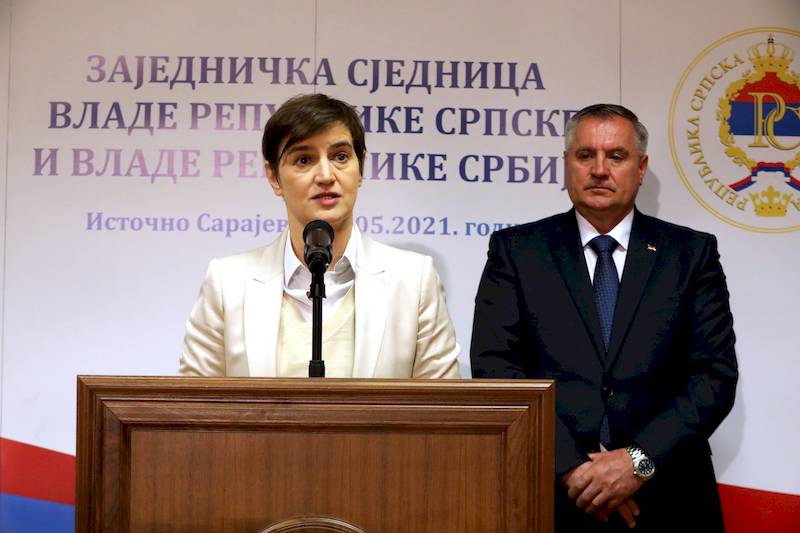