Prime Minister Ana Brnabic stated tonight that out of all the citizens who applied for vaccination through the Internet, the first ones who will be called to receive the vaccine are those older than 75.

In a statement for the Radio Television of Serbia (RTS), Brnabic said that after receiving the second dose of the coronavirus vaccine today, she feels great and that she has not had any side effects.

According to Brnabic, by 4 pm today, 18,136 citizens of Serbia received the vaccine, and at this moment this number is probably a bit higher as in some institutions, data are entered into the system at the end of the day.

She stated that by 4 pm, 197,000 people registered for vaccination, with as many as 67 percent of those registered being older than 50. Between the ages of 50 and 75, we have 54 percent of applicants, while 13 percent are over 75 years old.

Also, one third of the applicants want to receive any vaccine, 38% are interested in Sputnik V, and 31% in the Pfizer vaccine.

Brnabic stated that there will be enough vaccines for everybody and that Serbia has signed contracts for approximately eight million vaccines, which is enough to immunise four million people.

In addition, we are still discussing additional vaccines because we want to be ready for next fall and winter, the Prime Minister concluded. 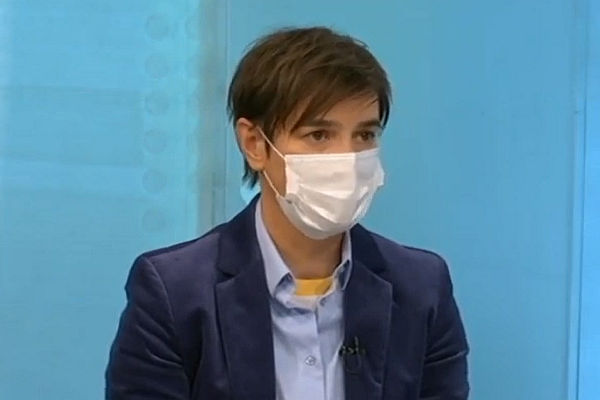