Prime Minister Ana Brnabic presented today to the businessmen of Kragujevac the state measures to encourage innovations that will position Serbia in a completely different way on the economic map of the world.

As one of the measures, Brnabic mentioned the reduction of the profit tax generated from the income of intellectual property that was developed or mostly developed in Serbia from 15 to 3 percent.

According to her, that measure has been applied since 1 January 2018, and is one of the reasons why development companies are moving their development centres to Serbia.

The second measure is the reduction of the tax base.

She added that the first two measures can be combined so that the tax practically amounts to zero percent and underlined that no country has that.

Also, the Prime Minister stated that from 1 January 2018, a tax credit of 30 percent was introduced for investing in start-up companies and innovative businesses.

If your company invest in some new, start-up companies, innovative companies, you have a 30 percent tax deduction, the Prime Minister added.

Brnabic also referred to the tax reliefs for the employment of returnees, which mean the exemption for 70% of taxes and contributions on salaries of returnees in the first five years.

There are also tax reliefs for the employment of foreigners, Brnabic said, adding that the government has tried to make Serbia the most competitive country in Europe in terms of investing in innovations and intellectual property.

We continue to think about how to support employment more. The National Employment Service must be much more proactive, it must not be strict and inflexible, the Prime Minister said. 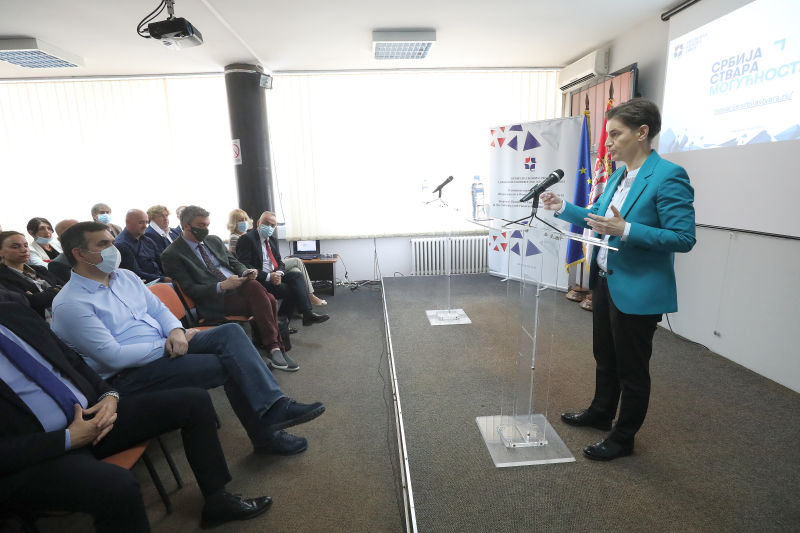