Prime Minister Ana Brnabic said today that the modernisation of the lump-sum taxation system has closed a large room for corruption, since no one has any longer arbitrary and discretionary rights in determining tax in this process.

Brnabic said at the conference "Modernisation of the Lump-Sum Taxation System" that this system was previously non-transparent and that there was an arbitrariness in determining the amount of tax to be paid, which gave a lot of room for corruption.

She stressed that the state is also fighting the gray economy, expressing gratitude to USAID, NALED and the Government of Serbia team who have been working on this demanding reform for almost two years.

According to Brnabic, the lump-sum tax payers used not to know what to expect the next day, but now a new, transparent and objective system has been created, which completely changed the calculation and payment of the lump-sum tax.

The Prime Minister underlined that the business environment in Serbia has been changed in order to strengthen the SME sector and entrepreneurship, adding that the goal is to create a framework that will facilitate compliance with regulations and enable the public administration to be at the service to citizens 24 hours a day throughout the year.

This reform of lump-sum taxation would not be possible without sole proprietors, which is why public-private dialogue is important, Brnabic emphasised.

She expressed her gratitude to the Tax Administration, which took upon itself the burden of that reform and announced that some other reforms related to taxation would be implemented as of March.

The archiving method has so far required a large cost to the economy of hundreds of thousands of Euros, which was spent on storing documentation in various warehouses, Brnabic said and urged the economy to participate in the swift implementation of this law and the elimination of this burden.

The conference was organised by the Government of Serbia, USAID and NALED. 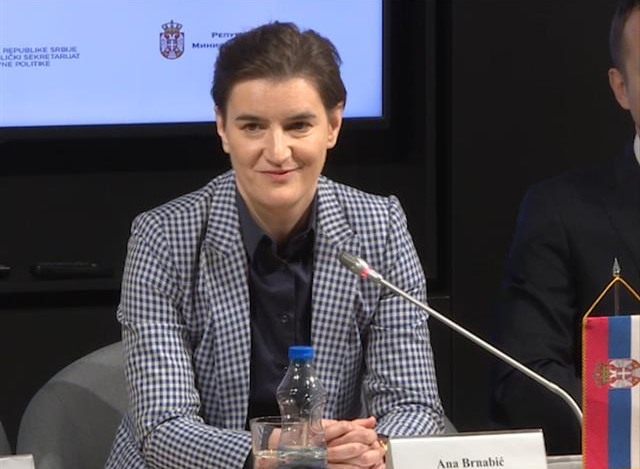