Minister for European Integration and national IPA coordinator Jadranka Joksimovic announced today that the European Union granted Serbia non-repayable funds in the amount of €223.615 million for investments in seven projects, three of which are in the transport sector, two in the energy sector and one in the digital and social infrastructure sectors each.

These funds were approved within the sixth call for project proposals from the Western Balkans Investment Framework (WBIF) of the European Union, and the total estimated investment value of the approved infrastructure projects amounts to €885,413 million.

Joksimovic explained that all these projects are designed to contribute to the growth of investments in Serbia and to deepen the overall trade and economic cooperation of Serbia with the region of the Western Balkans and with the European Union.

She underlined that the fact that the approved measures and projects are so all-encompassing clearly indicates that their most important goal is an even regional development of our country, the creation of new jobs, improvement of health care, as well as the achievement of goals of the Green Agenda for the Western Balkans, to which our country has committed itself together with the EU.

Projects from the transport sector, for whose implementation funds in the total value of €135,740,290 have been approved, include rail and water transport and are aimed at the modernisation of the railway line Nis-Dimitrovgrad-border with Bulgaria.

They are also aimed at the reconstruction and modernisation of the existing track and the construction of a second track on the Stalac-Djunis section, which is part of the Belgrade-Nis railway, as well as at ensuring safe navigation on the Danube through the project of retrieving the sunken German war fleet from the Second World War - sector Prahovo.

In the energy sector, the approved amount of €17,038,367 of non-repayable EU funds will be used for the implementation of the Trans-Balkan Corridor through the construction of a transmission line interconnection between Serbia, Montenegro and Bosnia and Herzegovina.

In the social infrastructure sector, specifically in the health sector, non-repayable funds were approved for the construction of a new building of the University Children's Clinic "Tirsova 2" in the amount of €36,428,571.

In the digital infrastructure sector, a project called "Rural Broadband Internet" was approved, for which €34,408,163 were granted and it will ensure the introduction of fast Internet in rural areas for nearly 700 households and for more than 1,500 public facilities, including schools, in two phases. 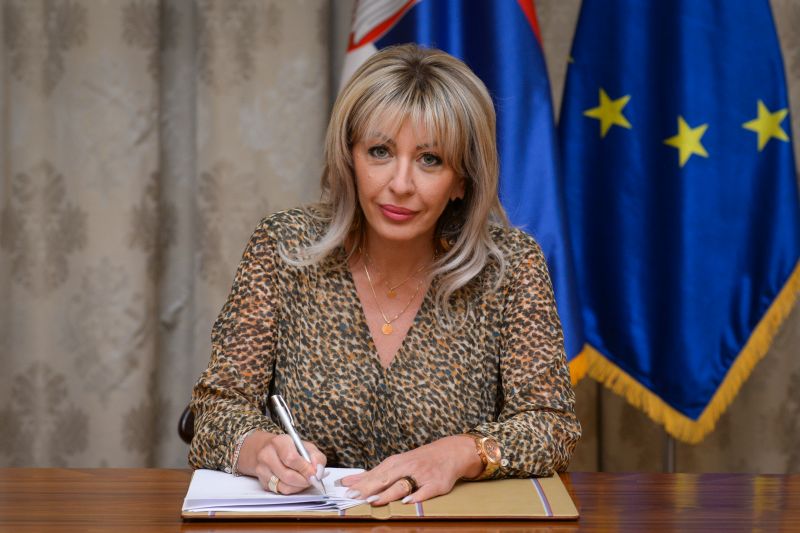