The official visit of Minister of Foreign Affairs Nikola Selakovic to Morocco on 5-6 May, as part of the 64th anniversary of the establishment of diplomatic relations between the Kingdom of Morocco and the Republic of Serbia, was an opportunity deepening political dialogue and exchanging views on international and regional issues of common interest.

The Serbian Minister welcomes the central place of Morocco under the leadership of His Majesty King Mohammed VI, as a pillar of stability and growth in the region.

They welcomed the management of the two countries when it comes to the COVID-19 pandemic as well as the vaccination campaign, and emphasized the significant qualitative leap in trade relations between Morocco and Serbia despite the pandemic.

In this regard, they announced the holding of the third session of the Mixed Commission for Trade, Economic and Scientific Cooperation, in Belgrade, on 23-24 June 2021, if the epidemiological situation allows it.

The preparatory meeting for the mentioned session was held between the two appointed co-presidents (Moroccan Minister of Tourism, Handicrafts, Air Transport and Social Economy Nadia Fettah and Serbian Minister of Trade, Tourism and Telecommunications Tatjana Matic) on 31 March this year via video conference.

The Minister of Foreign Affairs of the Republic of Serbia emphasized the diplomatic and political efforts of the Kingdom of Morocco in order to achieve a realistic, practical and lasting political solution in the spirit of compromise and reality and in full compliance with UN resolutions.

In this context, the Republic of Serbia considers the Moroccan initiative for autonomy, under Moroccan sovereignty, a serious and credible solution to the Sahara issue.

The bilateral legal framework is further strengthened by the signing of a Memorandum of Understanding on political consultations between the Ministry of Foreign Affairs of the Republic of Serbia and the Ministry of Foreign Affairs, African Cooperation and Diaspora of the Kingdom of Morocco (2021-2024) and the Agreement on Cooperation in the Field of Defence. 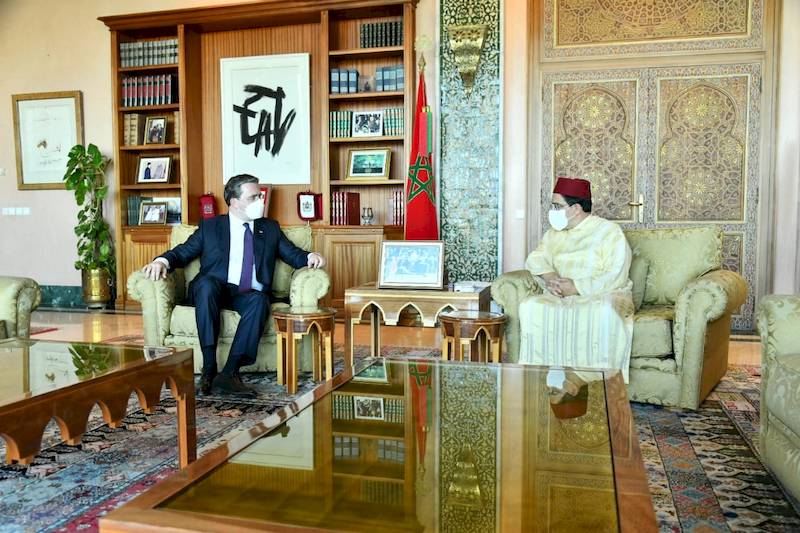