Citizens today voting on changing Constitution in field of justice

Today, in a referendum, the citizens of Serbia are declaring whether they are in favour of confirming the Act amending the Constitution in the field of justice. The polling stations are open from 7.00 to 20.00.

Citizens will be able to exercise their right at over 8,000 polling stations.

The Election Commission determined that 6,510,233 voters have the right to vote, who will vote on the referendum question - "Are you in favour of confirming the Act amending the Constitution of the Republic of Serbia?" by circling the answer "yes" or "no".

On the occasion of the referendum in order to confirm the Act amending the Constitution of Serbia, the Election Commission determined 10 polling stations abroad.

Late last night, the Election Commission made a decision according to which voters from Kosovo and Metohija, since Pristina did not allow Serbs to vote in the referendum, will be able to use their right at polling stations in four cities in central Serbia – Kursumlija, Raska, Novi Pazar and Vranje.

The Election Commission will inform the public about the course of the referendum at five press conferences, at 11.00, 13.00, 15.00, 17.00 and 19.00, and if necessary, it will organise extraordinary press conferences. 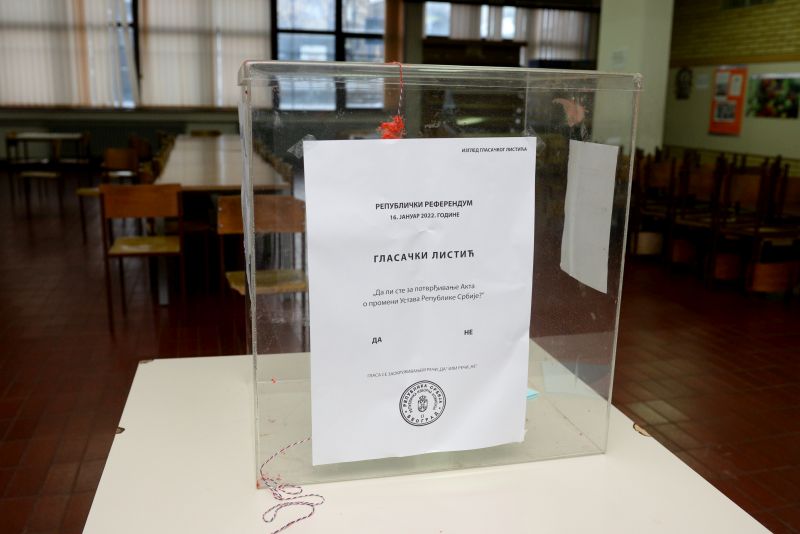