Deputy Prime Minister and Minister of Mining and Energy Zorana Mihajlovic signed today, in the presence of President of the Republic Aleksandar Vucic a cooperation agreement with the American company UGT Renewables, which builds plants in the field of renewables energy sources.

The agreement envisions cooperation in the development of solar power plant and electricity storage systems projects, with the aim of using Serbia's potential to build energy capacities using renewable sources.

The agreement was signed on behalf of the government of the Republic of Serbia by the Deputy Prime Minister and Minister of Mining and Energy Zorana Mihajlovic, and on behalf of UGTR by Financial Director Peter Goodall.

This is a great and important thing for Serbia, for our energy security and stability, and it represents the beginning of a new era and a step into the future. We are about to talk about all the conditions, and if we fulfill everything from the agreement together, we can have solar panels that will produce more than one gigawatt of electricity, Vucic said.

It is important for us to have cleaner air, and the agreement is also financially important for us, and in this way we are reforming and modernising the entire energy sector and the future work of public companies, the President noted.

Goodall stated that the company operates in several countries around the world.

We are satisfied that we are in Belgrade again and we want to develop cooperation and contribute to economic growth, energy stability and security, he said.

US Ambassador to Serbia Anthony Godfrey thanked the Deputy Prime Minister and the Ministry and said that it is necessary for the United States and Serbia to be partners in the energy transition process. 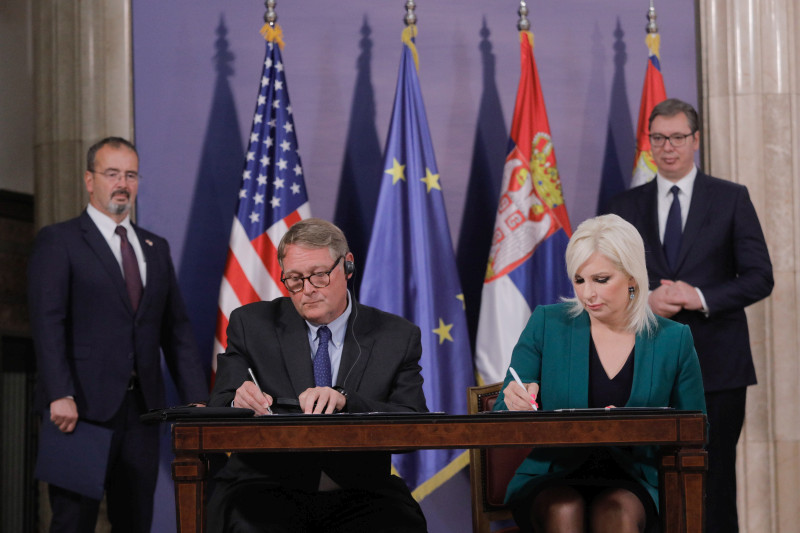