Economic cooperation between Serbia, Azerbaijan to be upgraded to higher level

The Ministry of Foreign Affairs announced that the sixth session of the Intergovernmental Committee for Economic Cooperation and Trade, co-chaired by Minister Selakovic and the Minister of Labour and Social Protection of Azerbaijan Sahil Babayev was held on the third day of Minister Nikola Selakovic's official visit to Azerbaijan.

After the meeting, Selakovic pointed out that bilateral political relations and strategic partnership are at a very high level, and especially underlined that the excellent friendly relations between the two presidents make a significant contribution to such cooperation.

The head of Serbian diplomacy said that the main conclusion of today's sixth session of the Intergovernmental Committee is that it is necessary to raise the level of economic cooperation and trade exchange to the level at which our political relations are.

Minister Babayev and I have shown readiness to give a new quality in the work of the Intergovernmental Committee, we want to identify additional areas in which we can have good cooperation and achieve good results, said Selakovic and added that he talked with Minister Babayev about President Aliyev's visit to Belgrade in October.

Selakovic pointed out that economic cooperation and trade tend to grow, that they are still at a modest level, and that additional efforts are needed to intensify them.

He also said that Minister Babayev informed him about the donation of Azerbaijan, which will be implemented in the next period, but that the public will be informed about it by the two presidents during the visit in October.

Minister of Labour and Social Protection of Azerbaijan Sahil Babayev pointed out that he agreed with Minister Selakovic that the political relations between the two countries are at the highest level and that it is necessary for economic cooperation to reach that level.

Also, Babayev sent an invitation to Serbian companies to take part in the reconstruction in the post-conflict areas in Azerbaijan. 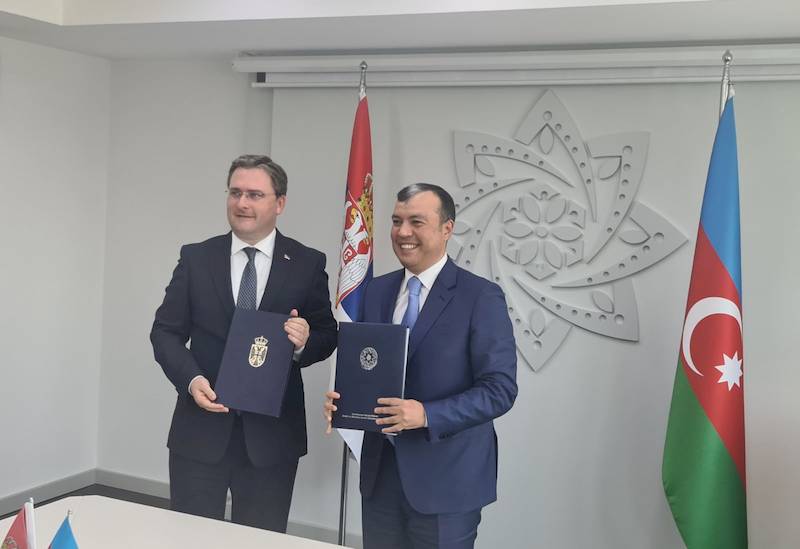