President of the Republic of Serbia Aleksandar Vucic stated today that the basic values ​​of Serbia must be independence, freedom and peace, because without freedom, independence and autonomy, there is no peace, realisation of state interests or the country’s development.

At a press conference after the solemn session of the government of Serbia in Krusevac, Vucic said that Serbia must take care of all its citizens, regardless of their religious and national affiliation.

He pointed out that today he expects preliminary data on the growth rate for the second quarter, primarily industrial production, where we hope to grow by 13%, which would lead to growth of 6.5% to 7% by the end of the year.

According to him, that would lead to a significant increase in salaries and pensions and would be a huge success placing our country among the first three countries in Europe.

Prime Minister Ana Brnabic reminded that the current government has done a lot for Krusevac and the Rasina district in the last few years, stating that since the end of 2012, 3,262 citizens got employment in that city, and that the value of investments is approximately €300 million.

In the coming period, the focus will be on investing in domestic intelligence, I will invest my time and energy to help young people stay in Krusevac, to invest their knowledge and talent from here, and one of the things that will help a lot is the first digital highway – the Morava corridor, which will reach Krusevac by the end of next year, Brnabic underlined.

In addition, Krusevac also received a wastewater treatment plant, with a part of the sewerage network, with €24 million invested in that in recent years, she noted.

She also added that, among other things, the reconstruction of the water factory has been completed, and that the sewerage network and the wastewater treatment plant in Brus and Blace will be completed in the upcoming period.

The Prime Minister also reminded that Krusevac received a COVID hospital during the pandemic, noting that one of the topics of today's session was how to use that hospital after the pandemic to reduce the waiting lists and improve health care in the entire district. 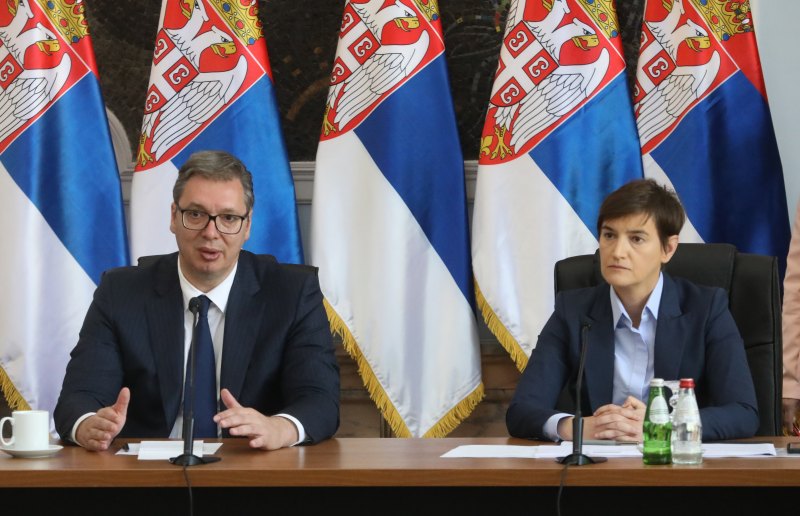