The Ministry of Finance stated that the rating agency Moody's increased the credit rating of the Republic of Serbia to Ba2 from Ba3, with stable prospects for further improvement.

The main factors that contributed to the improvement of the credit rating are the resilience of the Serbian economy to the consequences caused by the coronavirus pandemic, stable level of medium-term growth, as well as expectations that fiscal consolidation measures of the government of the Republic of Serbia will continue to be above the average of the countries with Ba credit rating.

Minister of Finance Sinisa Mali pointed out that Serbia is one of the few countries in the world that managed to get an increase, not a decrease in the credit rating, in the conditions of the corona virus pandemic.

In the conditions of great uncertainty and during the world economic crisis, we have shown great responsibility and with a comprehensive package of assistance we have provided support to both the economy and the citizens. We have saved jobs, preserved production capacities, and sent a strong signal to everyone in the world that Serbia is still a stable country, with a responsible economic policy, the Minister of Finance underlined.

International investors are interested in our capital market and our bonds, which are given a sign of reliability and liquidity. Investors already see us as an investment destination, so our bonds are already valued at a higher level on the market. We are approaching the investment rating at an accelerated pace, which will be a great achievement for our country, but also important news for our businessmen and citizens, said Mali.

According to the agency, the average growth rate in the period 2018-2019 was 4.4 percent, while the decline in GDP in 2020 reached only 1 percent, which is significantly better than in all countries in the group with a Ba rating.

Our businessmen will benefit from such results achieved by Serbia, because the interest rates for loans they take from banks will be significantly lower and they will be able to enter strong investment cycles, without fear of expensive borrowing. That way, they will have the opportunity to invest more money in

According to the agency's statement, the decision to increase Serbia's credit rating was made on the basis of a stable economic policy, aimed at further strengthening macroeconomic indicators and reducing public debt after the pandemic.

The arrangement with the IMF also gave a significant contribution to the macroeconomic stability achieved.

Under that programme, Serbia has made progress in reducing fiscal risks stemming from the SME sector and has successfully implemented a privatisation programme.

In its report, the agency highlights the fiscal discipline of the government of the Republic of Serbia and its commitment to fiscal consolidation.

Fiscal consolidation measures, implemented in recent years, have contributed to the creation of additional fiscal space to respond to the coronavirus pandemic.

The agency estimates that the trend of GDP growth will continue in 2021, with a real increase in GDP by 4.7 percent, due to the recovery of domestic demand, normalisation of economic activity due to the rapid vaccination process, as well as significant capital investments planned in 2021.

It is important to note that the Republic of Serbia entered a pandemic with stable macroeconomic indicators: low and stable inflation, stable exchange rate, adequate level of foreign exchange reserves and balanced growth, supported by increased economic diversification, which contributed to Serbia providing a package of fiscal measures as early as at the beginning of the pandemic, which was the biggest in region and implemented by the government of the Republic of Serbia, with approximately 12.5 percent of GDP in 2020.

The growth of public debt in 2020 is assessed as temporary, because it arose as a consequence of increased costs due to the need to finance measures to support the Serbian economy and citizens in order to reduce the impact of the crisis caused by the COVID-19 pandemic.

It is expected that the public debt will remain at approximately the same level in 2021, while the recovery and return of the debt to its declining path is expected as early as 2022, as it was in the period before the crisis.

The agency's report also cites as extremely positive the fact that at the level of the general state, the share of interest in total revenues was kept at a level significantly lower than the average for countries with a Ba rating, and especially praises the share of debt in budget revenues which is at extremely low level, specifically at the second lowest level of the average for the countries with a Ba rating. 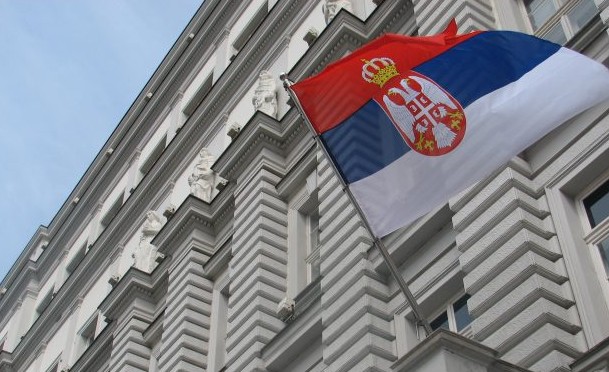