President of Serbia Aleksandar Vucic announced today that the state will give more one-off aid payments to citizens during the year, and new salary increases will follow before the end of the year, and pointed out that Serbia is a record holder in Europe in terms of growth and that in January it recorded a smaller drop than projected and had around -1.6 percent.

In a statement for Television Prva, Vucic also announced that in less than a year, it will be possible to get to Novi Sad in around twenty minutes by train, and that the ticket will cost around RSD 1,000.

Before the end of the year, as he pointed out, seven highways will be built, and maybe eight or nine, which will be a record in Europe, but there must be a lot of money and fiscal stability for that.

The intention is to raise general consumption, along with investments and exports, said Vucic and added that the state is working on getting help for the unemployed and that all figures are now being measured.

He said that the unemployed in central Serbia will get aid, which has also been promised to the Serbs in Kosovo-Metohija.

The Serbian President said that at the beginning of next week he will launch an initiative that only the state of Serbia can make textbooks for the Serbian language, history and geography.

The President also said that there is no non-paper with a request concerning Kosovo-Metohija, but that what exists and what he expects are “heavy pressures” and the joining of forces of Washington and Brussels as the “mutual recognition” has become a motto.

He also announced that a large German investment will be presented in Novi Sad on 7 March, and then around 7 or 9 April, an investment contract will be signed with a large Japanese company, again in the capital of Vojvodina, noting that these are fantastic things.

Vucic underlined that he is shocked by the idea of ​​European leaders about the introduction of COVID passports, which would be also valid for us, and asked how many vaccines Europe has given to our country so far. 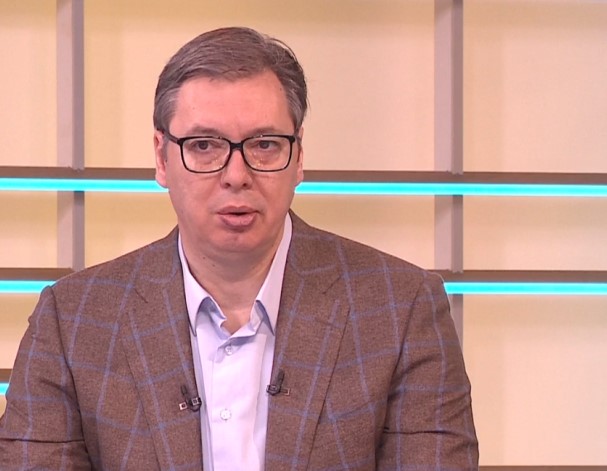