Prime Minister Ana Brnabic announced that the government, at today's session, adopted the third package of economic measures to help citizens and the economy, worth RSD 249 billion.

At the presentation of these measures, Brnabic explained that they will help reduce the negative consequences of the coronavirus, save people jobs, keep the economy live, but also help citizens survive these difficult times.

The state started working on this package of measures at the end of 2020, she pointed out and added that a new package was needed because it was obvious that the crisis caused by the pandemic would continue this year as well.

According to her, the previous two packages were of great help to the economy to survive this difficult period, which is the most economically difficult since the Second World War.

The Prime Minister emphasised that the state fought on two fronts – health and economic, reminding that she led the health part of the crisis response team, while the President of the Republic led the economic part and participated in creating all three packages of aid measures.

Serbia has managed to achieve phenomenal results on both fronts. Today, the whole world is talking about Serbia as a model in the fight against coronavirus, and I hope that in a few months we will talk about the economic success of Serbia, as we are now talking about the success of our country in vaccination, Brnabic emphasised.

Minister of Finance Sinisa Mali said that the government adopted all acts related to the third package of assistance to the economy and citizens, stating that all three packages are worth a total of RSD 953 billion, or approximately €8 billion.

He explained that the third package of measures, unlike the first two, also includes large companies that are also suffering the consequences of the pandemic.

That, as he specified, is an additional 300,000 employees in large companies, which, along with 1,050,000 entrepreneurs and employees in micro, small and medium enterprises, means that the aid can be used by a total of 1.4 million employees in the private sector.

A total of 1,505,093 entrepreneurs and employees in micro, small, medium and large companies in our country will receive direct state support in the amount of one and a half minimum, and the package also includes financial assistance to citizens.

The measure concerning the payment of the minimum takes effect on 1 March, the first payment will be in April, the second in May and the third in June. It does not include banks and financial institutions.

In addition to one and a half minimum wages, support in the amount of another full minimum will be given to caterers, travel agencies, licensed tourist guides and companions, hotels, resorts and car rental agencies.

City hotels will receive another type of direct state support in the amount of €350 per individual bed and €150 per accommodation unit. City hotels also had this kind of help at the end of last year.

The sector of passenger and road transport and bus stations will also receive direct support, which means €600 per bus for a period of six months.

In order to preserve the liquidity of the private sector, the state has decided to extend the existing guarantee scheme, and a new guarantee scheme will be established to support the most vulnerable companies.

The details of the new guarantee scheme will be determined through negotiations with banks, in order to achieve the best conditions for vulnerable companies.

A total of 6,118,911 adult citizens will receive €60 in assistance, and that measure will be implemented through two payments, in May and November. 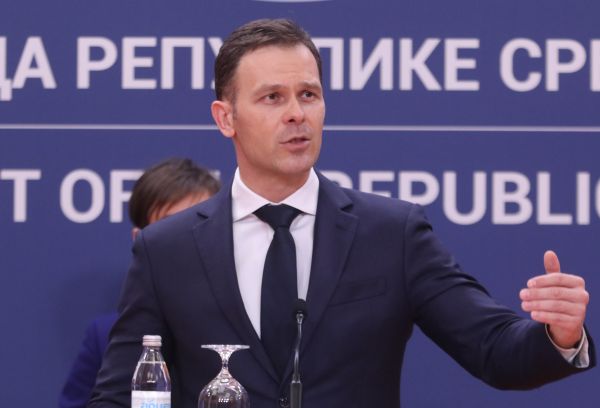