Continuation of cooperation with EIB on implementation of strategic projects

Brnabic pointed out that further improvement of the health system in our country, development of the infrastructure network and realization of the green and digital agenda, which includes environmental protection, remain key priorities of the Serbian government, expressing hope that, with EIB support, planned projects will be successfully completed.

According to her, the successful cooperation between Serbia and the EIB and the support of previous projects came to the fore during the pandemic, and that was mostly seen in the health sector and the readiness of hospitals and health conditions in our country to respond to this pandemic.

Also, great gratitude for the EIB's assistance in investing in research and development centres in Serbia, which help us build an economy based on innovation and all other projects such as the "Connected School", which undoubtedly contributed to our good economic results in 2020, she said.

Pavlova expressed satisfaction with the results achieved by the government of Serbia, especially emphasising that the timely and decisive measures taken by the government in the fight against coronavirus contributed to maintaining the economic stability of the country during the pandemic.

The Vice President of the EIB conveyed the readiness of that financial institution to continue with investments that will encourage further economic growth and productivity in Serbia, but contribute to the stability and better functioning of the Western Balkans region. 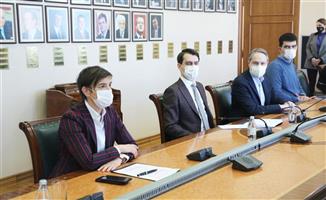