Additional restrictions on operation of certain facilities from 17 November

Prime Minister Ana Brnabic announced that the government at today's session decided to limit the work of catering facilities, cafés, nightclubs, restaurants, as well as shopping centres and shops, which will be closed from 9pm to 5am.

At the press conference after the session, Brnabic specified that pharmacies, food delivery, fuel pumps and the economy that works the third shift were exempted from that measure.

These measures will come into force on Tuesday, 17 November, and will be valid for 15 days, until 1 December, when the government will decide on the measures again, the Prime Minister added.

She pointed out that the Government is not currently considering a ban on movement, which would otherwise be the next measure in the fight against coronavirus.

If it is most necessary, we will go with that measure, but at this moment we are not even thinking about it. We know that this is the next measure, but all predictions are that the measures adopted now will give results and that the number of newly infected will start to decrease, Brnabic explained.

She stated that she and the Minister of Health and the Minister of the Interior this morning had a meeting this morning with the President of Serbia, at which they analysed the situation related to the number of infected, the situation in hospitals, implementation of current measures, their control and introduction of possible additional controls.

Having analysed the economic situation, we agree that we should take this step now and see what results the new measure will give, the Prime Minister explained.

Brnabic pointed out that Serbia is all the time during the fight with coronavirus had the right balance between health measures and the needs of the economy.

As she emphasised, that is very important because the state had a lot of extraordinary expenses for health care and support for the economy and citizens.

According to her, a lot has been set aside for medical equipment, tests, oxygen, drugs and more, and it is clear that all this can be serviced only if the economy is alive.

We want the economy to return to where it was quickly and to continue the dynamic economic growth. It seems to me that we undoubtedly succeeded in that, said Brnabic.

The Prime Minister pointed out that Serbia currently has one of the lowest death rates from coronavirus in Europe, but also in the world, which amounts to 1.3 percent.

We are still with such numbers in the green zone among the countries that have the least infected and test the most, Brnabic repeated and pointed out that there are still free beds in hospitals in Serbia, which is not the case in many EU countries.

The Prime Minister emphasised that Serbia managed to level the epidemiological curve, but that it must be maintained for a few more days before it is expected to start falling.

She announced that together with President Aleksandar Vucic, she monitors the epidemiological curve in the country, and repeated the call to the citizens to be responsible and respect the measures prescribed in the fight against coronavirus. 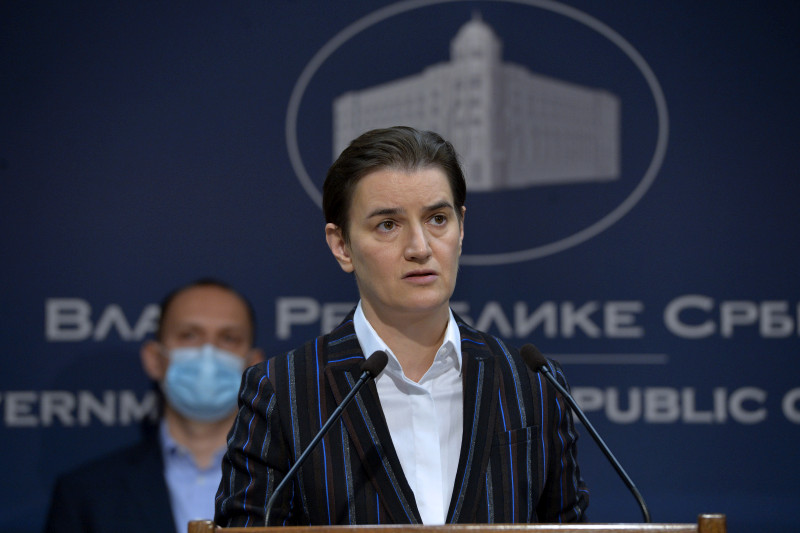