Minister of Finance Sinisa Mali talked with Ambassador of the United States of America (USA) to Serbia Anthony Godfrey about cooperation on joint projects, as well as the economic situation in Serbia during the coronavirus crisis.

The interlocutors agreed that it is important to find an appropriate balance between maintaining a favourable health and economic situation during the coronavirus pandemic.

In that sense, Ambassador Godfrey praised Serbia, which, as he pointed out, reacted best of all countries in the region, and added that he is proud of the government of the Republic of Serbia.

Minister Mali said that the Serbian government is following the developments and is reacting accordingly, as it had done in the previous months.

He added that the economic situation in Serbia is stable, that the fiscal result in October is extremely favourable, that the public debt will not exceed 60 percent of GDP, and that he believes that we can end this year at zero when it comes to economic growth, which would be the best result in Europe.

Mali also said that there will be record allocations for capital investments in the budget for 2021, which will additionally encourage GDP growth.

Ambassador Godfrey pointed out that Serbia should be proud of its good economic results.

He added that the opening of an office of the International Development Finance Corporation (DFC) is extremely important for the United States, and that these activities will continue, and that Serbia will always be important to that country, which will continue to support its path to the European Union.

The Minister of Finance expressed gratitude for the support and pointed out that good relations with the United States are extremely important for Serbia, as well as cooperation on projects with the International Development Finance Corporation, the Ministry of Finance said in a statement. 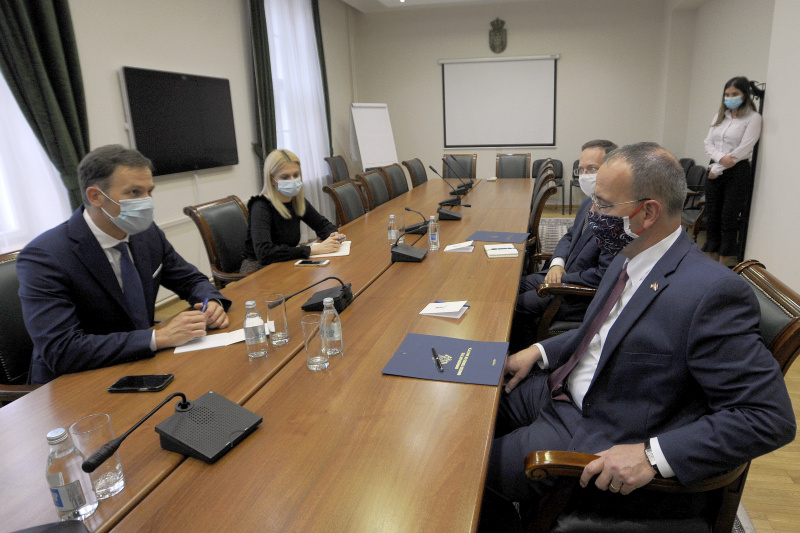