Prime Minister Ana Brnabic stated today that the day of remembrance of the crimes against Serbs in the "Storm" operation in Croatia is marked with great sadness in Serbia.

Speaking on Pink Television, Brnabic said that the anniversary of "Storm" is marked in Serbia and Croatia in two completely different ways, and that it is the biggest national holiday in Croatia.

Today is a difficult day, remembering the crimes against Serbs in Croatia, marking "Storm" in two completely different ways. It is always difficult when you see people who were in that line, many have relatives who did not survive, the Prime Minister emphasised.

Nothing can legitimise the "Storm", it was ethnic cleansing, said Brnabic and announced that tonight she will attend the marking of the Day of Remembrance of all Serbs who died and were expelled in that armed action in Sremska Raca with President of the Republic Aleksandar Vucic.

She also stated that Serbia achieved good economic results in the second quarter of this year, despite the difficult situation caused by the pandemic.

The Prime Minister pointed out that the first quarter was excellent, as well as that a growth of five percent was recorded, noting that we have never been the fastest growing economy in one quarter.

These are historical news and things that are fundamentally changing our country, our people, as well as the perception of Serbia, the Prime Minister assessed.

According to her, Serbia is now in the second quarter "side by side" with Lithuania, which had a smaller decline than our country.

Brnabic pointed out that there is not enough talk in Serbia about the achieved results and added that the fact that we have a stable number of employees is an incredible success.

Compared to the second quarter of 2019, there are now 1.6 percent more employees in Serbia, which shows how much we are doing and what we can do in such a difficult time when unemployment is growing dramatically in Europe and the world, the Prime Minister emphasised.

She stated that unemployment in some countries is in double digits, and it is expected to go up to 22-25 percent, noting that the fact that Serbia is holding up so well is the result of everything we have done as a country since 2014. 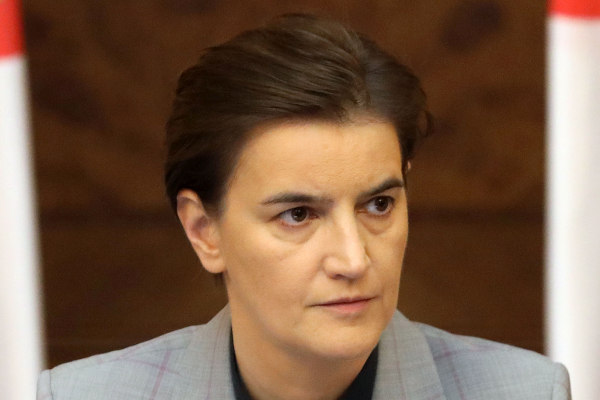