Prime Minister Ana Brnabic stated last night on Television Pink in a reaction to the escalation of protests in front of the Serbian Parliament in Belgrade that there will be no violent coup and anarchy in our country.

Brnabic said that these are the most violent protests so far, but that the democratic order in the country and stability will be preserved.

The COVID-19 Crisis Response Team has a session today and we will continue to fight against the coronavirus and save health workers and people's health, she stated and called on the citizens to be disciplined.

The Prime Minister underlined that everything is being done in that regard and that curfew has not been introduced yet, but that we must fight for people's health, but also maintain balance in order to preserve the economy.

She stated that the government will be able to preserve the security of all citizens and the constitutional order and to deal with this type of aggression and underlined that the police tried to keep peace and stability and reacted only when the protesters broke into the Parliament building.

According to her, this is an attack on Serbia, on all its citizens and the undermining of democratic foundations of the country.

The elections are behind us and the citizens showed what they think, what the future of Serbia is and who should lead it, she underlined and said that the attempts to change the will of the citizens will not succeed.

The Prime Minister reiterated that the protests have nothing to do with the measures against coronavirus because they have not been introduced yet, estimating that the numbers can be reduced only by introducing curfew, but that the state will try a little more with other measures. 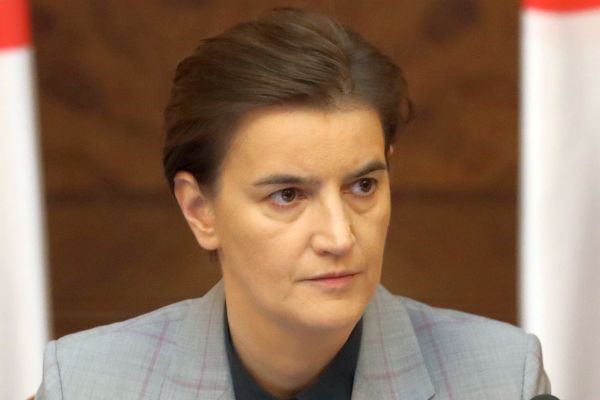