Economic recovery of Serbia as important as health recovery

Prime Minister Ana Brnabic talked today with Head of the International Monetary Fund (IMF) Mission Jan Kees Martijn about the ongoing Arrangement for Policy Coordination, which will be implemented until January 2021.

Considering that this is a semi-annual audit within that programme, Brnabic and Martijn discussed the results so far, and it was stated that a lot has been done in terms of achieving the reform goals.

The Prime Minister and Martijn also spoke about the current fiscal and macroeconomic trends, as well as the impact of the coronavirus pandemic on the domestic and world economy.

It was agreed that Serbia reacted in the right way by adopting the Programme of economic measures to support the economy and citizens, a large and valuable package, with simple and effective measures.

Brnabic pointed out that the economic recovery of Serbia is as important as health recovery, and that a good signal is that no foreign investor has given up investing in our country.

She underlined that the construction sector in the country is still strong and stable, which is an important indicator in terms of further economic recovery.

The Prime Minister pointed out that it is important to continue the reforms in the medical and social care sectors, as well as to continue with large capital investments.

She added that the transformation of the economy based on innovations is of particular importance and expressed her gratitude to the IMF representatives for their support so far.

Jan Kees Martijn said that the IMF reduced the economic growth projections for the whole of Europe, but not for Serbia, which, as he pointed out, has better results in the first quarter of this year compared to other European countries.

He said that 2021 should be a year of recovery and that capital investments are important in that sense.

As he pointed out, a good signal for Serbia is the reaction of the financial market, which recognised the good fiscal position of the country and a successful issue of Eurobonds was carried out.

According to him, it is important for the country to maintain that credibility with foreign professional investors.

The talks with the IMF Mission will last until 3 July and will be conducted via video link. This is the fourth semi-annual review of the Instrument for Policy Coordination programme, which does not include financial support, but is exclusively of an advisory nature. The current arrangement began to be implemented in July 2018.

The meeting was also attended by Minister of Finance Sinisa Mali. 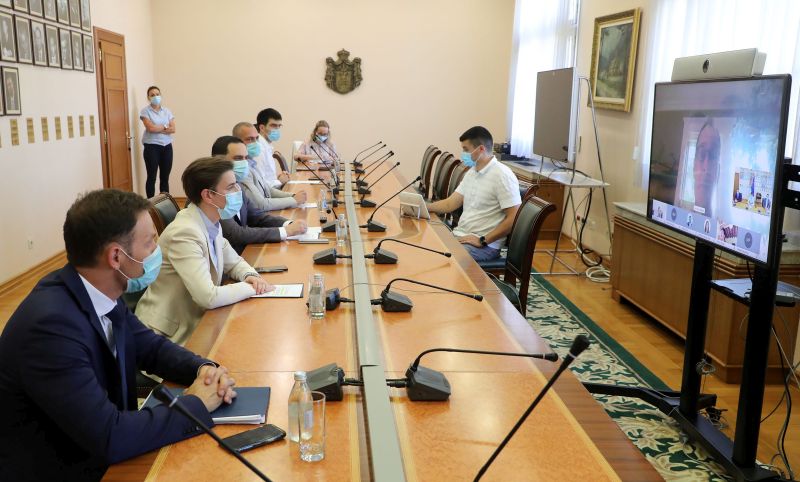