Prime Minister Ana Brnabic held a meeting today where she was briefed on the current situation regarding the movement of migrants and the coordination of work of the state bodies.

The meeting was attended by Deputy Prime Minister and Minister of the Interior Nebojsa Stefanovic, Minister of Defence  Aleksandar Vulin, Minister of Health Zlatibor Loncar and Commissioner for Refugees and Migration Vladimir Cucic.

At the meeting it was pointed out that there is no increased pressure on the Serbian borders, that the situation on the borders of Turkey and Greece is getting stabilised, noting that the number of migrants is at the same level as in the previous months.

The participants in the meeting informed Brnabic about the measures taken by the state institutions and underlined that the situation is under control and that the security of the country is not threatened, and that there is zero tolerance for persons trying to cross the border illegally.

The Ministry of Health has been instructed to set up a quarantine for migrants, as one more form of protection against coronavirus.

All competent institutions will submit reports twice a day on all relevant information regarding the movement of migrants, and all activities will be carried out in coordination with the government and the President of the Republic.

The interlocutors of the Prime Minister noted that when it comes to the security situation there is no reason to worry and in that context they pointed out that the concerns of the citizens of Sid diminished within a day.

Since the start of the migrant crisis, just over a million migrants have passed through our country, while around 6,000 of them are currently placed in 17 reception centres and this number is not changing. 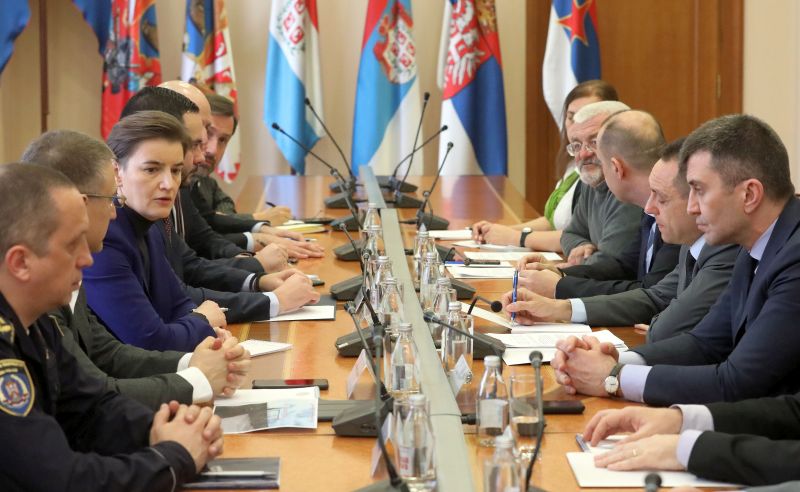