Brnabic expressed her respect for all activities carried out by the Muslim World League in order to promote tolerance and inter-religious dialogue, religious and minority rights, fight against religious extremism and intolerance, emphasising that these are the values ​​that Serbia promotes and nurtures in its society.

The Prime Minister emphasised that Serbia, the country with the largest number of national minorities in the region, is committed to continuously improving their position and integration into the wider social community.

She pointed out that the government of Serbia pursues a policy of building a society and state in which all citizens are equal and equal, regardless of nationality, religion or language, emphasizing that she is proud of the fact that there are twenty-two councils of national minorities in Serbia.

The high degree of tolerance and openness of our society not only contributes to the community and wealth of our country, but also serves as an example to other countries in the region, the Prime Minister concluded.

Al-Issa stressed that he is extremely pleased with the level of respect for various national minorities and religious communities in Serbia.

He stressed that the Muslim community in Serbia conveyed that they are proud of being citizens of a state that respects the rights and freedoms of all its citizens, regardless of religion and nationality.

East-West dialogue is very important, and Serbia is a country that we see as an important pillar of that dialogue, but also an important factor of stability in the region, Al-Issa said, adding that joint efforts should be made in the future to build confidence, stability and commonality of the entire region. 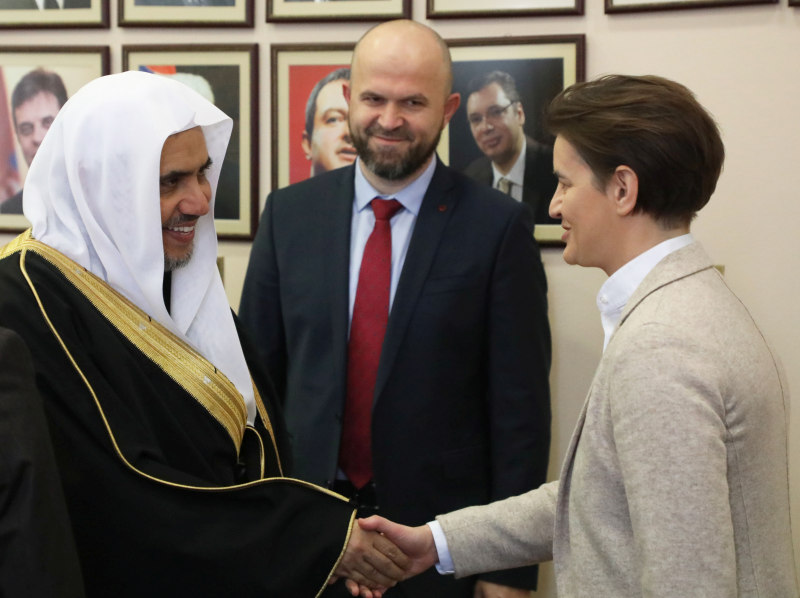