Minister of Finance Sinisa Mali and Head of the International Monetary Fund (IMF) Mission Jan Kees Martijn held a press conference today after a two-week visit by representatives of this financial institution to Serbia.

Mali announced that the Parliament will adopt in ten days a budget proposal for the next year, which will provide funds for the Moravian corridor, section Pojate-Preljina, construction of the Belgrade-Sarajevo motorway, for the Ruma-Sabac-Loznica road, the Surcin-Obrenovac section, and the New Belgrade – Surcin section.

The funds will also be provided for the Belgrade bypass, the section of the bridge over the Sava River from Ostruznica to Bubanj Potok, the Novi Sad-Ruma express road and the Preljina-Pozega section.

The budget proposal also envisages funds for the Hungarian-Serbian railway project, reconstruction of the Nis-Dimitrovgrad railway line, for rehabilitation of roads and improvement of road safety, the Minister specified.

According to him, the projected growth rate for 2020 will be four percent, which shows that economic growth is accelerating, while the budget deficit will be planned at 0.5 percent.

Serbia has attracted €2.3 billion in foreign direct investment in the first seven months of this year, up by 43 percent in relation to the same period last year.

The Head of the IMF team noted that it is expected that quantitative targets for September 2019 are met and added that implementation of structural reforms has continued, albeit with delays in some areas.

According to Martijn, the IMF expects real GDP growth this year to be 3.5 percent and four percent in 2020, thanks to strong domestic demand. 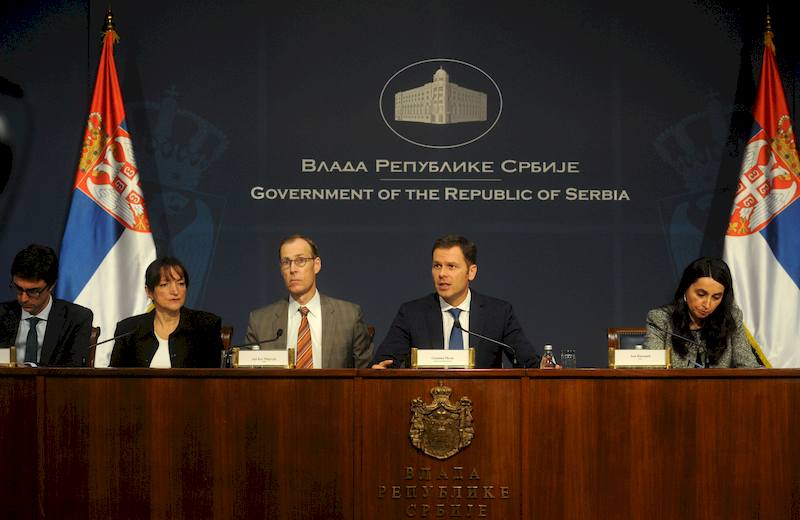