Minister of Finance Sinisa Mali said at the opening of the second factory of company "Mei Ta" in Obrenovac that this is an extremely important investment, which has resulted in a significant reduction in unemployment, as the first two factories will employ more than three thousand people.

The opening of the factory was attended by Mayor of Belgrade Zoran Radojicic, Mayor of Obrenovac Miroslav Cuckovic, Juan Wang from "Mei Ta", as well as Acting Director of Public Enterprise "Elektroprivreda Srbije" Milorad Grcic.

Mali, in his address to the press after the visit of the new factory, pointed out that the fight for the construction of a third factory of the Chinese-French investor is ahead of us.

"Mei Ta" has invested a total of € 150 million in two factories in Obrenovac, while the value of the investment in the second factory amounts to €90 million, he said, adding that at this moment the first factory employs 2,400 people, the other 400, but it still needs1,000 workers.

According to him, the analyses have shown that the subsidies given by the state to such companies are paid backed within a year or a year and a half, through payment of taxes and contributions to salaries.

Mali estimated that the mentioned company is an example of how things in Belgrade and Serbia are changing for the better and what kind of benefit Serbia's citizens can have from investments.

Also, he added, the local self-government in Obrenovac has RSD 1 billion more in income from employee contributions, with the minimum net salary in "Mei Ta" stands at around €600.

The Minister stressed that there has never been more going on in Obrenovac than now. A new Corridor 11 from Obrenovac to Cacak will be opened in a few months, the bridge over the Kolubara and Sava rivers is being brought to an end and a part of Corridor 11 will be connected with Corridor 10.

A 30 megawatt substation will be built in Obrenovac so that "Mei Ta" could have a completely safe power supply, he underlined. 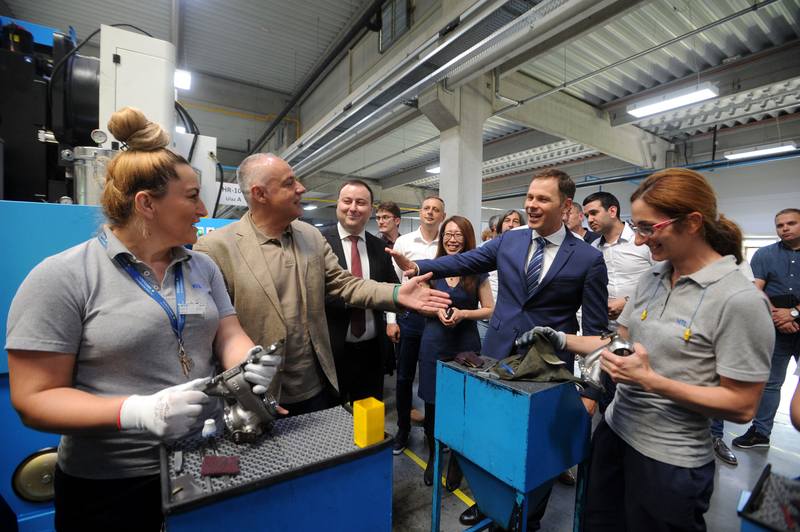