Vucic, Brnabic and Mogherini discussed the dialogue between Belgrade and Pristina, as well as the situation in the Western Balkans.

Vucic said in a statement to reporters in Berlin after the meeting that Serbia is ready to continue the dialogue as soon as Pristina abolishes the 100% taxes on Serbian goods.

Vucic said that the taxes were unsustainable and added that he and Mogherini also discussed bilateral issues such as Zelezara Smederevo and steel quotas.

We will not allow our ironworks to vanish due to various procedures, he stressed.

The Serbian President also said that our country is dedicated to its European path and that it will continue to work on it.

Also, Vucic reiterated that Serbia does not want conflicts, but preservation of stability and a long-lasting peace in the Western Balkans region.

He stressed that a solution to the Kosovo problem must come as a compromise, and that there must be no pressures and conditions on Serbia.

Besides the President and Prime Minister of Serbia, the leaders of Montenegro, Bosnia-Herzegovina, Albania, North Macedonia, as well as representatives of the provisional institutions of self-government in Pristina attend the gathering.

The gathering will also be attended by the prime ministers of Croatia and Slovenia.

After this meeting, conclusions and guidelines for the future of the Western Balkans will be made. 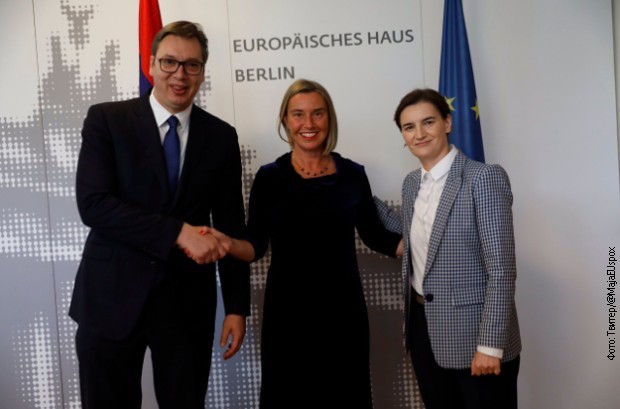