Investors from London Stock Exchange invited to invest in Serbia

Minister of Finance Sinisa Mali presented the macroeconomic results and investment potentials of Serbia on the London Stock Exchange today and sent a call to investors from all over the world to invest in our country.

At a conference dedicated to Central and Eastern Europe at the London Stock Exchange Mali pointed out that in the last four years much has been done in the field of economy in Serbia, which has become the most attractive investment destination in our region.

He pointed out that Serbia attracted €3.5 billion of investment last year, while all other countries in the region together attracted €1.9 billion, with the remark that a surplus in our budget has been registered for three years in a row.

The Minister specified that Serbia's public debt is at the level of about 50% of gross domestic product, with GDP growth last year at 4.3%.

Serbia has diversified the investor base and is open to markets around the world, Mali said, adding that our country is on the road to the European Union, but other European markets are important to us.

According to Mali, our country has free trade agreements with the Russian Federation, Belarus, Kazakhstan, Turkey, and it gives us an advantage over other European countries.

In recent years we have very large investments from China, Mali recalled. 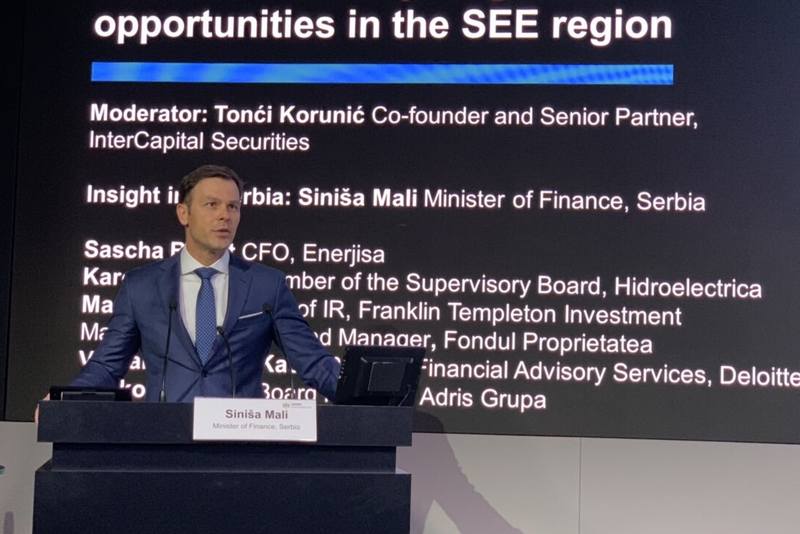