The meeting looked at the development priorities of Serbia, as well as the areas in which this agency has been cooperating with our country since 2001 as part of the US Government's development assistance to Serbia.

Brnabic presented the priorities of the reform agenda of the government of Serbia, while Mckee highlighted USAID's commitment to continue supporting Serbia's efforts in strengthening democratic institutions and encouraging economic growth, led by the private sector.

Brnabic and Mckee specifically referred to the energy sector, its sustainability, stability and independence, energy diversification, as well as environmental protection, in order to ensure all energy needs of Serbia.

The Prime Minister informed Mckee about our country's progress in supporting technological entrepreneurship, which leads Serbia to the goal of becoming an even stronger centre in the field of innovation that has the potential to create new jobs for young people.

The two officials also discussed USAID's support for these efforts through activities in the "Venture an Idea" and "Serbia Innovates" projects, which work to bring together relevant parties in order to create a strong system that supports innovation in our country.

Another area of partnership that was discussed was USAID's support to the government's agenda for continuing to align Serbia's democratic institutions with European Union standards.

USAID's intention is that in the coming years it also directs projects that will provide support for reforms.

During the 21-year partnership, the United States of America has invested more than €1 billion in the development of Serbia, and USAID programmes account for about 75 percent of that investment. I firmly believe that the best possible future for Serbia is in the EU, and USAID will continue to help the government adopt the necessary reforms and move forward on that path, said Mckee.

The meeting was attended by US Ambassador to Serbia Christopher Hill. 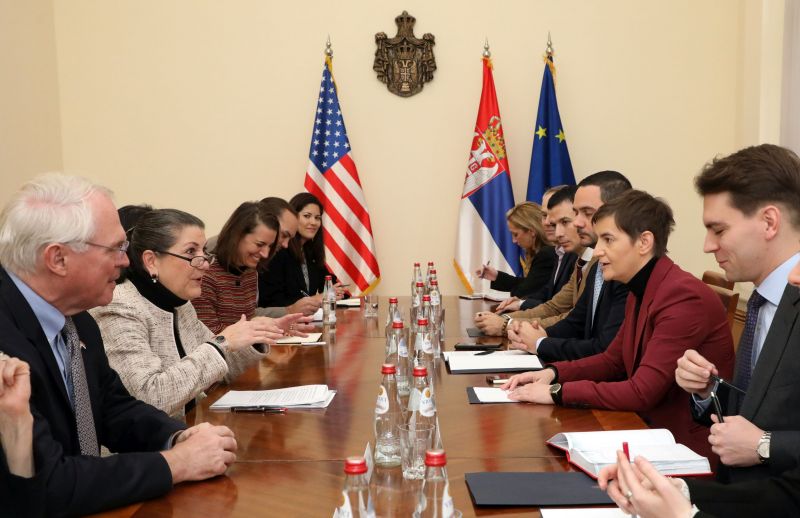