Serbs will demonstrate resistance to Kurti's unilateral decisions in a democratic, peaceful way

Director of the Office for Kosovo and Metohija Petar Petkovic said today that Prime Minister of the temporary institutions of Pristina Albin Kurti with his statements in Berlin about the Community of Serb Municipalities and the dismissal of director of the Regional Police Directorate North Nenad Djuric gave a deadly blow to the Brussels dialogue.

At an extraordinary press conference in the government of Serbia, Petkovic pointed out that by declaring that Pristina is not interested in the formation of the Community of Serb Municipalities, Kursti eliminated any possibility of normalising relations.

He said that this kind of behaviour is a drop in the bucket, with which he humiliated the European Union, but also Serbia and the Serbs in Kosovo and Metohija, stating that we have had no reaction from the West to the aforementioned statements for 24 hours.

According to him, in this way he once again caused anxiety among Serbs from Kosovo and Metohija, which is why the President of the Republic, Aleksandar Vucic, spoke with the political representatives of our people in the province last night.

He added that the Serbs said that they will do everything to defend their right to exist in Kosovo and Metohija and that they will show full resistance to the illegal and unilateral decisions of Albin Kurti in a democratic and peaceful way, but also that they will fight with all means if they are attacked.

Also, as he explained, Kurti violated item 9 of the Brussels Agreement by dismissing Djuric, because the mayors of four municipalities with a majority Serb population in the north of the province are responsible for his appointment and removal.

Petkovic emphasised that the behaviour of Albin Kurti is unacceptable and that he is in charge of destroying everything Serbian in Kosovo and Metohija, with the ultimate goal of expelling Serbia and the Serbian people from our southern province. 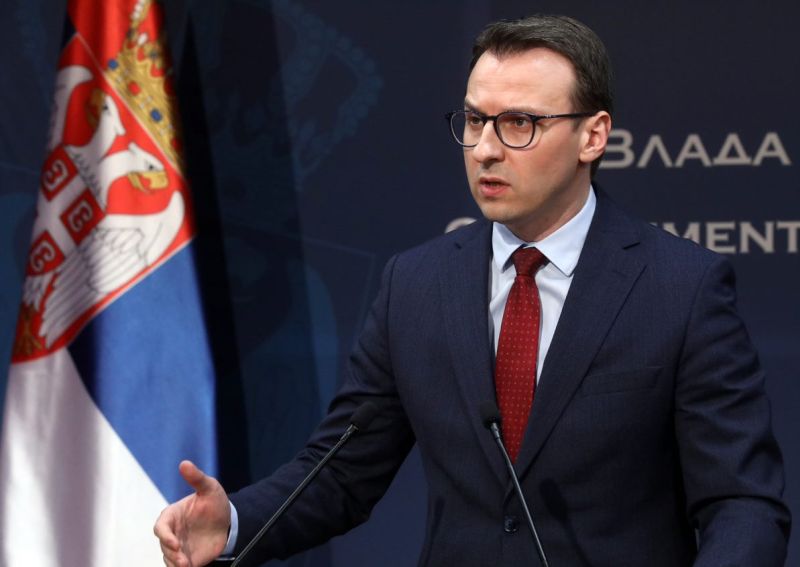