Prime Minister Ana Brnabic said today that during her two-day visit to Japan, she had important discussions with the officials of that country and that she hopes that they will contribute to the further development of bilateral cooperation.

In her address to the journalists, Brnabic said that in those meetings the focus was on the issue of Ukraine and Serbia's attitude towards that issue, adding that the curiosity of these political meetings, including the one with Prime Minister of Japan Fumio Kishida, is that this topic is very present.

The meetings in Japan were a good opportunity to once again explain Serbia's principled position, the Prime Minister stated and expressed the hope that it would be useful because Japan is a country where the arrival of investors depends on the recommendation of the government.

In this context, Brnabic assessed that the meeting with the Japanese Prime Minister was good and that we will use these talks to further build political and economic ties with Japan.

Also, as she said, at the working breakfast with the representatives of the Parliamentary Friendship League of Japan and Serbia, she had the opportunity to explain Serbia's principled and clear position on the issue of Ukraine, which, as she said, will contribute to a better understanding of our position and that it has no effects on additional investments from Japan.

Accordingly, she added that she is returning to Serbia with a lot of optimism that we will have good news regarding Japanese investments, if not this year, certainly in the next year.

Japanese politics are quite different from those in Europe and other parts of the world. They do not exert pressure, but they are interested in hearing what our position is, why we did not impose sanctions on Russia, how our position coincides with theirs, and it is essentially the same, Brnabic presented.

We are not neutral on the matter either. Our position is clear, we joined the UN resolutions and EU declarations and condemned the aggression, the Prime Minister reminded and noted that the Ministry of Foreign Affairs of Serbia clearly said that we will not recognize the results of the referendum in the Ukrainian regions.

According to her, the only difference is that we don't want to impose sanctions on Russia, and we have well-reasoned reasons for that.

The Prime Minister stated that an invitation has been opened to the Japanese imperial family to visit Serbia, and that she has extended an invitation to visit her Japanese colleague as well.

She reminded that earlier today she had a meeting with the former Minister of Foreign Affairs and now Minister for Digitalisation of Japan Taro Kono, who visited Serbia in 2019.

We talked about the fact that it would be good to sign an agreement on cooperation between the Japanese Agency for Digitisation and our Office for IT and eGovernment, and that might be an opportunity for him to visit Serbia again, she said.

The Prime Minister said that she will try to ensure that our country continues to nurture relations with Japan because these relations, both economically and politically, are important to us. 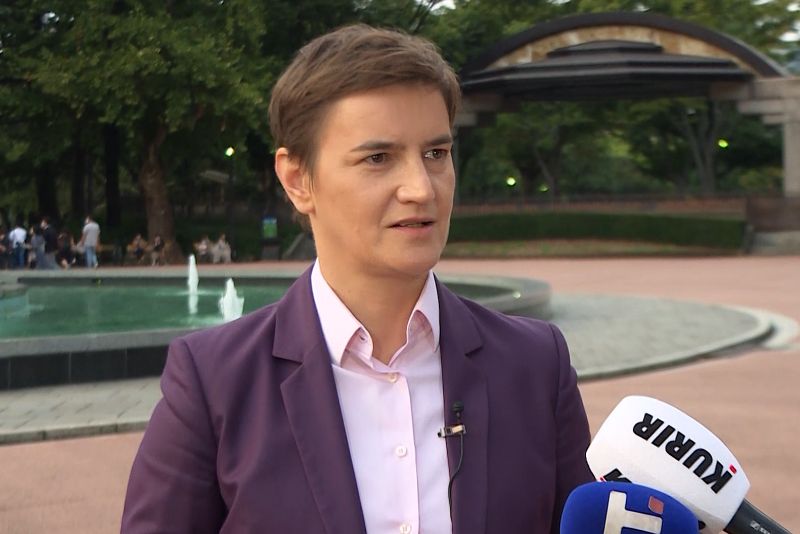