Prime Minister Ana Brnabic pointed out today, in a mwwrinf with Prime Minister of Japan Fumio Kishida, that she is honoured to represent Serbia at the state funeral of Shinzo Abe, who was our great friend and who worked a lot to strengthen the partnership, political and economic relations between Serbia and Japan.

The Prime Minister stated that in Tokyo she also spoke with businessmen who are investing in Serbia, and added that we have taken advantage of the fact that we are home to companies like "Nidec", "Yazaki", "Toyo Tires".

Kishido, expressing gratitude to Brnabic for coming to the state funeral of the former Japanese prime minister, noted that Abe visited Serbia in 2018, after which Japanese investors invested.

He added that Serbia and Japan are celebrating 140 years of diplomatic relations, and accordingly pointed to the friendship and cooperation between the two countries.

Brnabic spoke in Tokyo this morning with representatives of the Serbia-Japan Parliamentary Friendship League about all issues concerning the relations between the two countries.

At the working breakfast, Brnabic reminded that the two countries are celebrating 140 years of friendship and diplomatic relations this year, and that yesterday was the day when those relations were established almost a century and a half ago.

I would like to hear from you how Japan views all the events in Europe and the challenges we all face in the world, said the Prime Minister and expressed her gratitude for their commitment to building ties and friendship with Serbia, assessing that it means a lot to us in every sense – political, economic and human.

Aisawa welcomed the Prime Minister of Serbia and said that he will continue to contribute to the development of relations between Serbia and Japan. 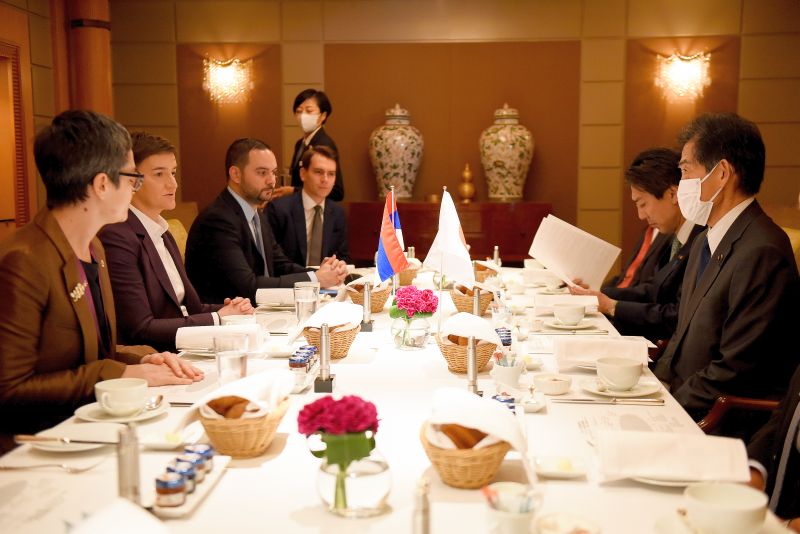 Today in Tokyo, Brnabic spoke with the Minister of Digitisation of Japan Taro Kono, about the importance of digitalisation and the development of electronic administration, which are crucial for citizens and the economy.

We are looking forward to the start of the implementation of the "Ninja" accelerator (Next INnovation with Japan), a three-month accelerator program intended for startups in the phase of intensive growth, which is implemented by "Digital Serbia" in partnership with JICA (Japan International Cooperation Agency), she stated.

She presented her interlocutor with a Monograph on 140 years of diplomatic relations, which the two countries are celebrating this year, as well as Serbian wine intended for the Japanese market, while Kono reciprocated with a birthday gift for the Prime Minister. 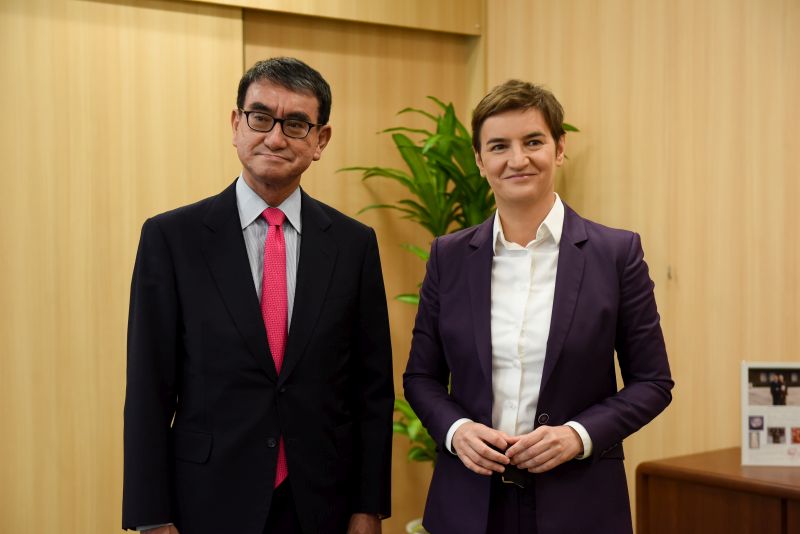 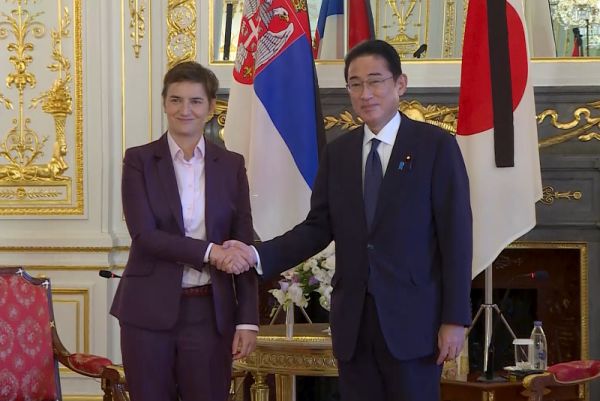