Prime Minister Ana Brnabic hosted a dinner in Tokyo today for Japanese businessmen whose companies operate in Serbia, expressing satisfaction that the number of investors from Japan in our country is growing.

Brnabic, who attended the state funeral ceremony for former Japanese prime minister Shinzo Abe in Tokyo today, wanted to hear from Japanese businessmen what else our country can do to further improve their business in Serbia.

We are happy that the number of Japanese investors in Serbia is increasing, especially in the last three years. Japanese investors are one of the most conservative and once they come to a country, others follow them, the Prime Minister said.

She pointed out that the late former prime minister of Japan Shinzo Abe was a great friend of Serbia and that in 2018 he visited our country with a business delegation.

The Prime Minister toasted the friendship between Serbia and Japan, thanking the businessmen of that country for believing in Serbia.

Also, the dinner was attended by Executive Vice President of Mitsubishi Corporation Kiyotaka Kikuchi, as well as one of the vice presidents of NIDEC Group Junichiro Nakayama. 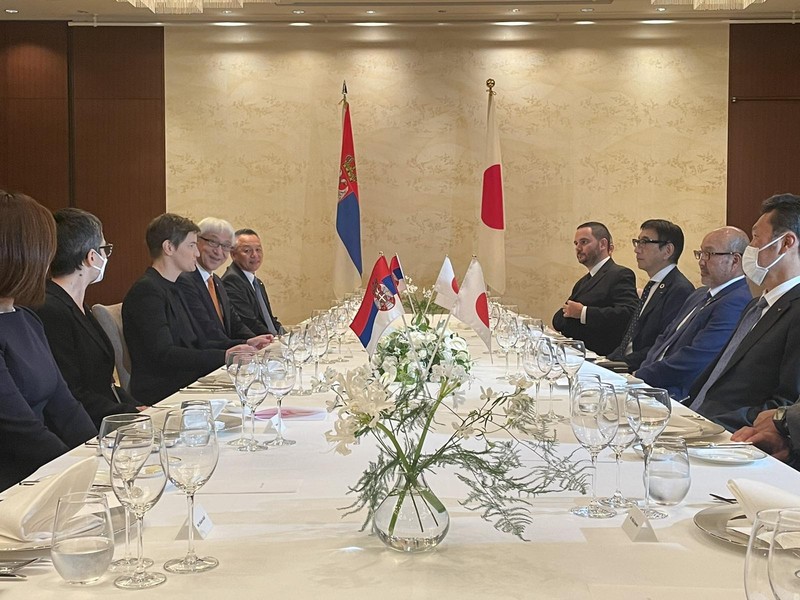