Ceremony on occasion of St. Vitus’ Day decorations and coming into office of President of Serbia

President of the Republic of Serbia Aleksandar Vucic organised a ceremony this evening, on the occasion of his coming into office of President of Serbia and St. Vitus’ Day, at which St. Vitus’s Day decorations are awarded to deserving individuals and institutions.

The ceremony is also being attended by Serbian member of the Presidency of Bosnia and Herzegovina Milorad Dodik, President of Republika Srpska Zeljka Cvijanovic, representatives of Serbs from Montenegro, mayors and presidents of municipalities from entire Serbia.

St. Vitus’ Day decorations are awarded for exceptional merits and deeds of great importance. They were established in 2009 with the Law on decorations of the Republic of Serbia.

Aleksandar Vucic took oath of office on 31 May at the solemn session at the Serbian parliament, by which Serbia officially got a new head of state. 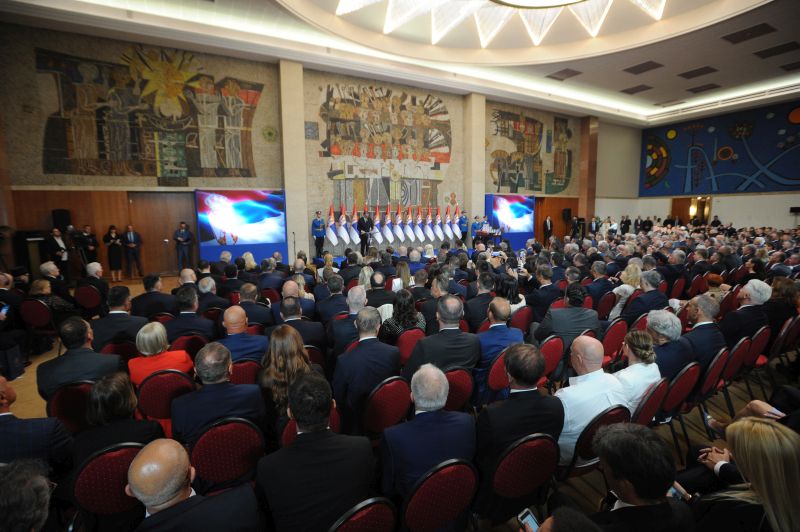