President of the Republic of Serbia Aleksandar Vucic announced in his address to the public, which was also attended by Prime Minister Ana Brnabic and Minister of Finance Sinisa Mali, that he expects the talks with Fiat workers to be successfully completed.

The President stated that the total increase in pensions, as of 1 January next year, will be 19.1 percent.

He also said that he expects a significant increase in the minimum wage, which will be accompanied by double-digit growth in salaries in the public sector, reminding that talks between employers and unions will begin on 15 August, regarding the minimum wage.

Vucic also stated that the flash estimate of year-on-year inflation is between 9 and 9.2 percent, announcing new support for about 200,000 eligible citizens in the form of vouchers in the value of RSD 15,000 for a vacation in Serbia.

This is exclusive news that we have been working on for a long time and we will invest a lot of money in it, Vucic said and explained that vouchers will be available to pensioners - all those who have exercised the right to a pension in Serbia and abroad, pupils, students and the unemployed registered at the National Employment Service.

Brnabic stated that for the initiative "My First Salary", which was launched during the pandemic, we received an award and the first place for the best initiative in 2021 in Brussels yesterday.

The export of our IT services in the first four months of this year reached €740 million, which is the value of the export of IT services for the whole of 2016, the Prime Minister stated and added that we have practically tripled our exports in six years.

We believe that we will reach the goal we set for this 2022, that the export of our intelligence through IT services alone will be over €2.5 billion, Brnabic said.

President Vucic said that Serbia continues on its European path, although a lot needs to be done by December, and added that Europe is at war with Russia and that the Balkans were essentially not a topic of the talks in Brussels on Thursday.

Vucic added that 300,000 people are directly employed at foreign companies, of which most are from the European Union, and indirectly half a million. 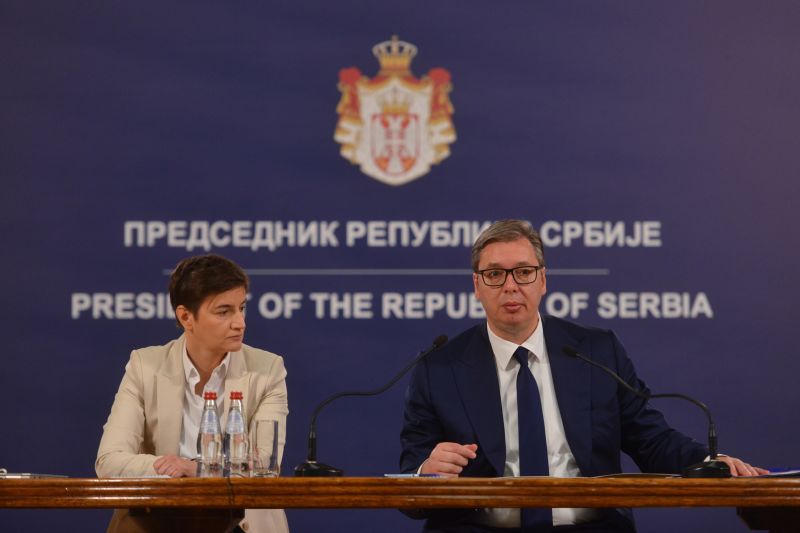