President of the Republic of Serbia Aleksandar Vucic stated in Brussels that Pristina will submit an application for membership in the Council of Europe today, adding that Belgrade will react politically, and that a session of the National Security Council will be held within next 36 hours regarding that matter.

Addressing the press last night after the working dinner of EU High Representative for Foreign Affairs and Security Policy Josep Borrell for the leaders of the Western Balkans, Vucic said that Minister of Foreign Affairs of the Provisional Institutions of Pristina Donika Gërvalla Schwartz confirmed that "Kosovo" would apply for membership in the Council of Europe today.

It is a violation of all, not only the principles of international public law, but also of the norms from certain agreements - from UN Security Council Resolution 1244 to the Washington Agreement, he pointed out and noted that there have been no talks on the Community of Serb Municipalities for more than 3,210 days.

A very difficult period and additional turbulence is ahead of us. Pristina wants to use the Ukrainian situation, with the argument that Serbia is an extended arm of Russia, against us and gain much more, and to present itself as a great fighter against Russian influence, the President explained.

Serbia cannot do much, but it will fight on the international scene for further withdrawal of recognition of Kosovo's independence, Vucic said, adding that what we can hope for is that we can seriously attract investors and continue to insist on understanding Serbia's position.

He said that all European officials he spoke with in Brussels reiterated the call to Serbia to get harmonised with the EU's policy regarding Russia and the Ukrainian war, assessing that our country's position is very difficult and complex.

When it comes to talks with European commissioners, the President said that they were correct and that on that occasion he reiterated that accelerating the European path is a strategic goal for Serbia.

Serbia has nowhere else to go besides Europe, but while preserving its national interests. 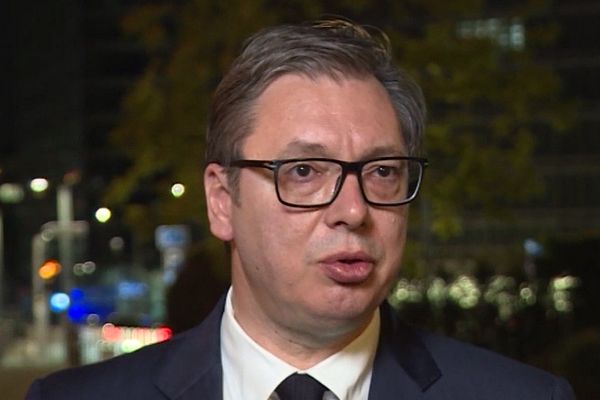