President of the Republic of Serbia Aleksandar Vucic and Prime Minister Ana Brnabic attended tonight in Kraljevo a ceremony marking the Remembrance Day of victims of the 1999 NATO aggression against the Federal Republic of Yugoslavia.

The event, which was held on the Square of Serbian Warriors, was also attended by members of the Prime Minister's Office, Speaker of the last convocation of the Serbian Parliament Ivica Dacic, Serbian member of the Presidency of Bosnia and Herzegovina Milorad Dodik and President of Republika Srpska Zeljka Cvijanovic.

Vucic said on this occasion that we will not kneel and pray, we want to keep the memory of the victims and we will never forget what was done to our small country and our great people.

He said that exactly 23 years ago, a brutal, horrible, criminal and inhuman attack was launched on a small country.

On a small country that hardly did anything wrong to anyone. That small country did not attack anyone, it did not threaten the territory of any other country. That small country and great people just wanted to be on their own, to guard their hearths, and nothing more. But some others, 19 big ones, wanted to show all their courage, arrogance and brutality on a small unconquered people like the Serbs, the President pointed out. 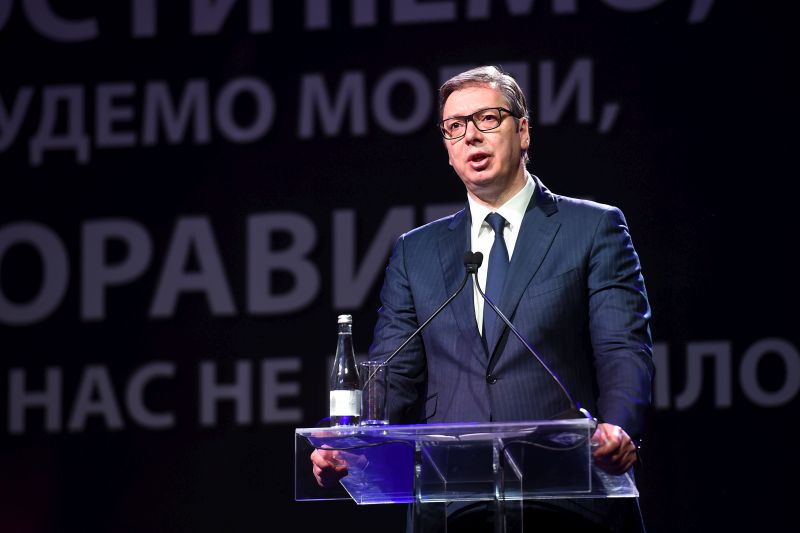 According to him, what they did to this people in the years before that was not enough for them, but with all their political, media, economic, and then military machinery, they rushed to kill the soul of that people.

At the beginning of the ceremony, Serbian Patriarch Porfirije served a memorial service for the victims, and then held a sermon. Milorad Dodik, as well as Bojana Zarcanin, who was a child when she was injured in the NATO aggression in Kraljevo, also addressed the audience.

NATO air strikes began on this day 23 years ago. The decision on the bombardment was made, for the first time in history, without the approval of the UN Security Council.

According to the data of the Ministry of Defence, 2,500 civilians were killed during the NATO air strikes, including 89 children and 1,031 members of the Armed Forces and police. Approximately 6,000 civilians were wounded, including 2,700 children, as well as 5,173 soldiers and police officers, and 25 people are still missing.

There is almost no city in Serbia that has not been the target of the bombing that lasted for 11 weeks. NATO carried out 2,300 strikes and dropped 22,000 tons of missiles, including 37,000 banned cluster bombs and those with enriched uranium. 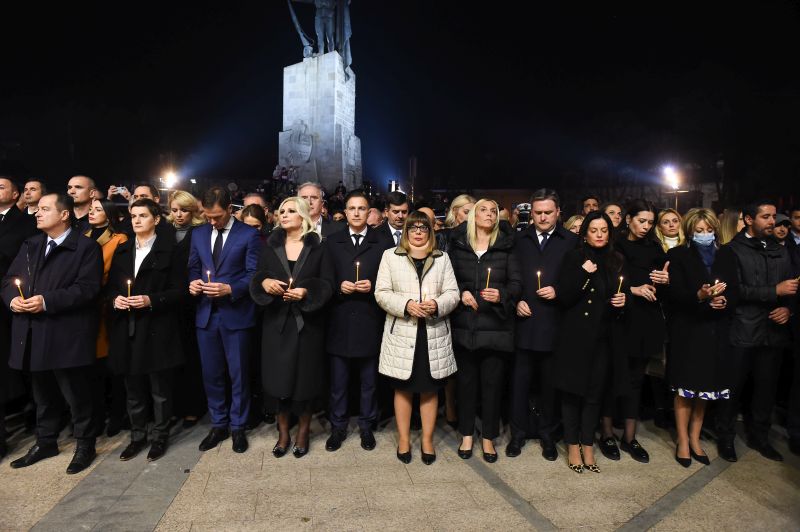