President of the Republic of Serbia Aleksandar Vucic said tonight in his address to the public that in order to protect the population and economy of Serbia the state formed ten special teams today due to the current situation in the world caused by the war in Ukraine and the big jump in prices.

He pointed out that there is no need to panic, that the state is well secured and better than others.

In the next 15 days, we will fill all our warehouses, which will cost us between 100 million and 115 million euros. We want to fill all the warehouses, and those are goods whose prices will not fall easily, he emphasised.

The President of the Republic said that the position of Serbia will be even more difficult in the coming period because our economy was the fastest growing in the region.

We will face some more problems, we have been working all day today on the preparation of the entire plan and program, and we will continue to work, since rapid changes are taking place on the world market, said the President of the Republic.

Vucic emphasised that the crisis due to the war in Ukraine is something that dramatically affects Serbia, which is facing enormous pressure in which few people want to hear arguments about what happened in 1999.

Today, less than ever, there is understanding for the position of Serbia, and our people anywhere in the world. It is not a question of our principledness, the correctness of our position, but of almost unbelievable circumstances that have brought us into a very difficult situation, Vucic pointed out.

He said that he had talked with numerous representatives of states and institutions in the past 48 hours.

He talked with the President of the European Commission, representatives of the EU, the USA, Germany, France and other countries. "I exchanged messages with everyone on all important issues and our vote for the UN resolution," he said.

We could not and did not dare to keep silent. From our side, it is important to condemn the collapse of the territorial integrity of any member of the UN, the President of the Republic pointed out, adding that the text of the resolution does not mention any sanctions against the Russian Federation.

He said that Serbia would see how to issue residence and other permits to refugees faster, following the example of the EU.

Also, the President of the Republic announced that Serbia will not participate in the export of weapons or allow weapons for war zones or countries participating in the conflict to pass through our territory, and that will be strictly controlled.

In accordance with the conclusions of the National Security Council, we will keep the peace in the region and be lenient, and we will not respond to daily provocations from Pristina and other parts of the region, the President of the Republic pointed out.

Vucic expressed his belief that we will go through this difficult moment in the best interest of the citizens. 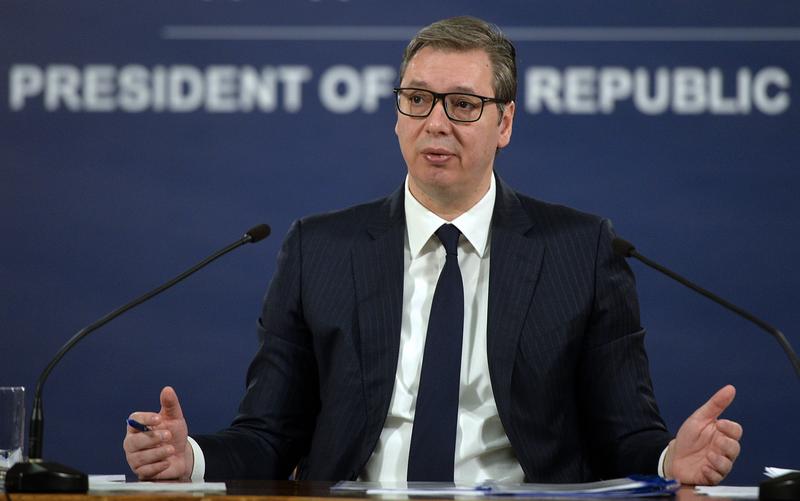