Prime Minister Ana Brnabic and Minister for European Integration and Chief Negotiator Jadranka Joksimovic discussed today with the coordinators of six negotiating clusters the activities of the government in the process of our country's accession to the European Union.

At the regular meeting of the Coordination for Negotiations between Serbia and the EU, chaired by Minister Joksimovic, the first after the citizens supported the Act on Amendments to the Constitution of the Republic of Serbia, it was concluded that such a result enabled further strengthening of democratic institutions as well as the independence of the prosecution.

The officials agreed that the result of the referendum is one of the most important steps in Serbia's accession to the EU, within cluster 1 – Basics and Action Plan for Chapter 23 – Justice and Fundamental Rights, because it is a key activity in meeting the transitional criteria under the new methodology.

It is expected that during the French presidency of the EU Council in the first half of the year, cluster 3 – Competitiveness and inclusive growth will be opened, having in mind the clear progress of Serbia in the field of rule of law.

Also, the activities carried out by the government in order to reach the criteria for opening cluster 5 – Resources, Agriculture and Cohesion, as well as those that are important for the progress of negotiations in all other areas were discussed.

The upcoming meeting of the Stabilisation and Association Council between the European Union and Serbia, which will be held next week in Brussels, was also discussed at the meeting.

It will be an opportunity to discuss with European partners, at a high level, Serbia's progress in preparations for accession, as well as priorities in the implementation of the Stabilisation and Association Agreement. 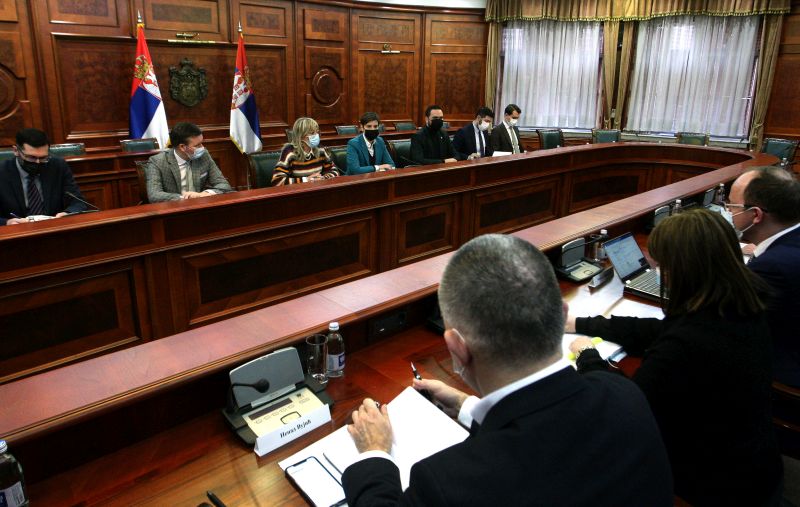