Prime Minister Ana Brnabic stated today that the goals of the 2022 budget bill of the Republic of Serbia are the continuation of accelerated economic growth, construction of large infrastructure projects and the improvement of the living standards of citizens.

Presenting the budget bill in the Serbian parliament, Brnabic said that the proposed budget for next year is developmental and envisages a growth of the gross domestic product of 4.5 percent.

According to her, it will further improve the quality of life, increase the wealth of all of us and the entire country, and influence us to be stronger and more stable economically.

The Prime Minister stated that it is planned to increase the minimum wage by 9.4 percent to approximately RSD 35,000, to reduce the contribution rate for the Pension and Disability Fund by 0.5 percent and to increase the non-taxable part of the salary from RSD 16,300 to RSD 18,300.

She specified that salaries in the public sector will be increased by an average of 7.4 percent, and pensions by 5.5 percent, adding that pensioners will be paid RSD 20,000 each February.

The Prime Minister pointed out that the budget deficit will amount to three percent of GDP, and at the end of this year it will be 4.9 percent, with the plan to reduce the deficit to one percent in 2024.

She stated that a record budget for capital investments of RSD 485.8 billion is planned, which is 7.3 percent of GDP, emphasising that the money will be used to finance investments in road infrastructure, health care institutions and environmental protection.

The Prime Minister recalled that in 2020 and 2021, through three aid packages, the state paid more than eight billion euros to the economy and citizens, which ensured the growth of employment and GDP, making Serbia one of the most successful European countries.

This year, the growth of the GDP of Serbia will be higher than seven percent, so the cumulative growth in the years of the pandemic will be approximately 10 percent, said Brnabic and added that 60,000 new jobs were created in the previous year.

According to her, foreign direct investments in Serbia for 10 months of this year amounted to €3.14 billion, which is 63 percent more than in the same period last year. 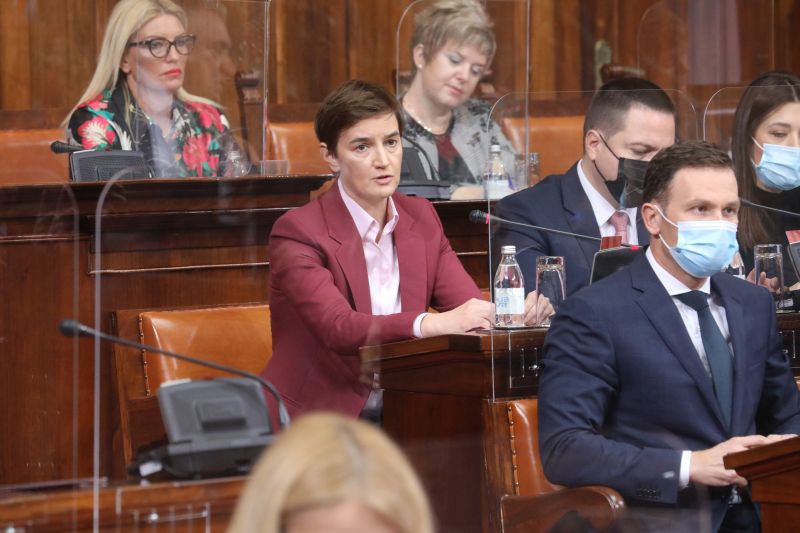