Kosovo police shoot Serbs in north of Kosovo and Metohija

Director of the Serbian government’s Office for Kosovo and Metohija Petar Petkovic stated today that several dozen Serbs have been injured during an incursion of the special Kosovo police to the north of Kosovo and Metohija and added that Serbian President Aleksandar Vucic has gone immediately to Raska where he will have a meeting with Serbs from the province at 15.00.

Speaking at an extraordinary press conference, Petkovic said that such a dramatic situation has been caused by Prime Minister of the interim institutions of Pristina Albin Kurti.

He added that this morning at 9.30, Albanian policemen from the southern part of Kosovska Mitrovica, together with members of ROSU who were armed to the teeth and equipped with live ammunition, shock bombs, tear gas and in armoured vehicles, headed to the north of Kosovska Mitrovica and Zvecan.

Several dozen people have been injured, whereas Srecko Sofronijevic, born in 1985, has been shot and seriously wounded. Doctors at the operating room in Kosovska Mitrovica are currently fighting to save his life, Petkovic said.

According to Petkovic, this is already the seventh time that ROSU members make incursions in the north of Kosovo and Metohija and attack bare-handed Serbian people.

The cause of this operation is allegedly some kind of smuggling of goods. But when you see that entire Kosovska Mitrovica and Zvecan are showered with   burst-fire by ROSU, it becomes clear that that is about the intention of Albin Kurti to cause conflicts on a much wider scale, the Director of the Office for Kosovo and Metohija said.

Showing the pictures of confiscated packages of juices and chocolates, he asked if these are the smuggled goods for which ROSU make raids to the north of Kosovo and Metohija with armoured vehicles and creates almost a state of war.

Petkovic said that the Serbian people gathered in Zvecan and although showered by burst-fire, managed to chase ROSU members away from the centre of that city, where they were breaking into warehouses, private houses, pharmacies.

When they returned to Camp Belvedere, six armoured vehicles again headed towards the north of Kosovo and Metohija.

The Serbian people stopped them again near the place of Rudare, where a big clash took place as ROSU units used live ammunition too, the Director of the Office for Kosovo and Metohija stated.

According to him, Kurti wants to create a crisis and conquer the north.

I am urging KFOR and the international community to react and stop Albin Kurti’s madness. If KFOR is unable to react and protect the Serbian people, there are those who will do it, Petkovic said. 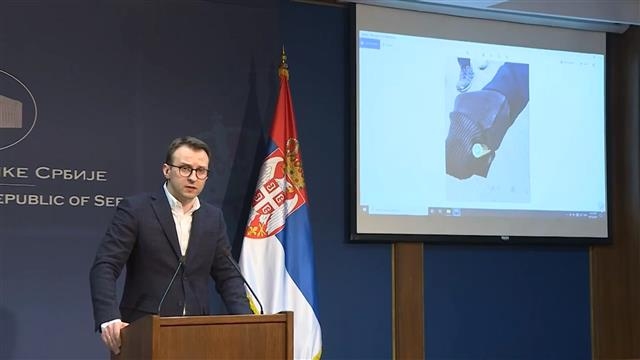