Agreement on abolition of visas between Serbia, Guatemala

Minister of Foreign Affairs Nikola Selakovic met today with President of Guatemala Alejandro Eduardo Giammattei Falla, and on that occasion said that Serbia is determined to further strengthen ties and overall cooperation with that friendly country.

Selakovic pointed out that bilateral relations are based on sincere friendship, respect and understanding, and added that the fact that the two countries will mark 140 years since the establishment of diplomatic relations next year speaks volumes about our long tradition.

As he assessed, such a jubilee deserves to be adequately marked in all fields, in addition to political – bilateral visits and the signing of a comprehensive agreement on cooperation between the two countries, as well as in the field of culture, science, education and sports.

The head of Serbian diplomacy expressed gratitude for the confirmation that the Guatemalan delegation, led by the Minister of Foreign Affairs, will be present at the upcoming commemorative gathering in Belgrade, on the occasion of marking the 60th anniversary of the First Conference of the Non-Aligned Movement.

The officials reached an agreement on the abolition of visas for citizens of both countries and that the agreement be signed in Belgrade, during the commemorative gathering of the Non-Aligned Movement.

Selakovic especially expressed his gratitude to Guatemala for its sincere support in preserving the territorial integrity and sovereignty of our country, and for its commitment to respect the basic principles of international law.

The head of Serbian diplomacy informed the President of Guatemala that Serbia will allocate financial support for the village of Srbija in Guatemala to eliminate the consequences of the earthquake, which will be used to build houses for families in this Guatemalan village named after our country. 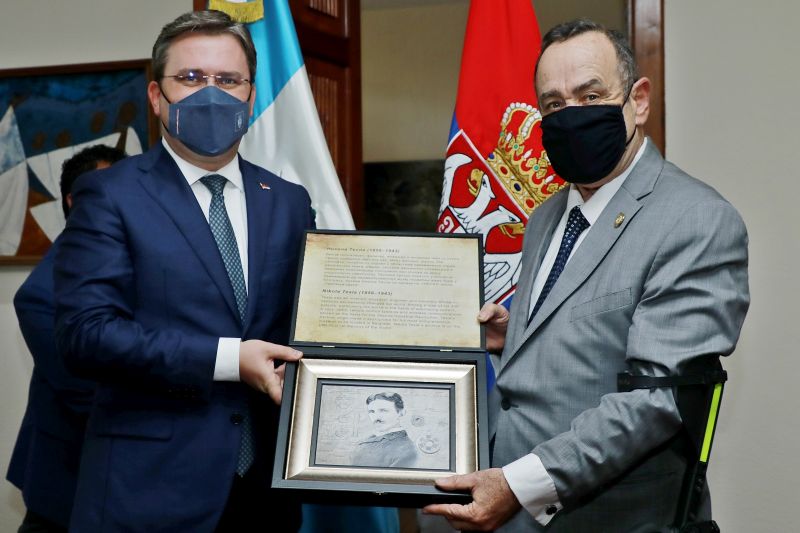