Serbia on a good path, reforms should be continued

Minister for European Integration Jadranka Joksimovic talked today in Salzburg with European Commissioner for Budget and Administration Johannes Hahn about the perspective of IPA3 funds, large projects that Serbia has nominated, a very important upcoming visit of European Commission President Ursula von der Layen to Serbia, the enlargement process and a new methodology whose results are already noticeable.

Joksimovic said that Hahn, as the former European Commissioner for Enlargement and Neighbourhood Relations, stated that it had been noticed that Serbia had most actively approached the new methodology and that new progress could be seen.

We spoke about all elements that are important ahead of the arrival of Ursula von der Layen in Serbia, and we also talked about the expectations of the IPA 3 financial perspective recently confirmed in the European Parliament, which is an EU financial instrument for reforms in the countries that are negotiating membership for the period from 2021 to 2027, Joksimovic said.

She assessed as very good that Hahn noticed that Serbia has submitted significant projects with the dimension of regional connection, a green agenda which is a special topic in the whole world, especially in the EU.

The Minister added that she had one of the important talks at the Salzburg European Summit with Austrian Minister for the EU and Constitutional Affairs Karoline Edtstadler about the constitutional reforms that are being prepared and are going to be finalised by the end of the year.

Joksimovic also talked today with Slovenian Secretary of State for the EU Gasper Dovzan about Serbia's expectations to take important steps by the end of the Slovenian presidency of the EU.

Slovenia is actively lobbying for our steps in the new process for opening the clusters, said Joksimovic and added that they also discussed the summit of the EU and the Western Balkans, which will be held in Ljubljana next week. 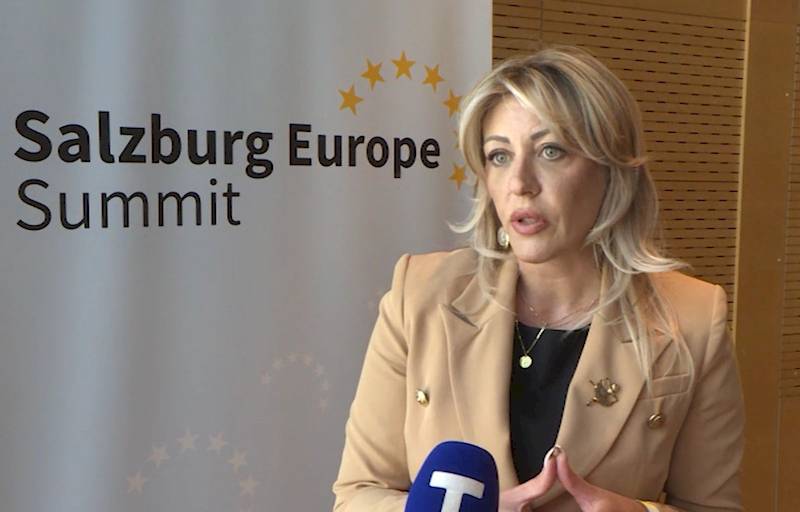