President of the Republic of Serbia Aleksandar Vucic, Prime Minister Ana Brnabic, members of the Government of Serbia, the leadership of Republika Srpska and Patriarch of the Serbian Orthodox Church Porfirije attended tonight the commemoration held in the Zemun neighborhood of Busije, on the occasion of the Day of Remembrance of the killed and expelled Serbs in the Croatian military operation "Storm" in 1995.

Vucic told those gathered that we are showing how much we love our people and that we will not forget everything that our people from Krajina had to go through.

"When we remember the exodus and ethnic cleansing of 250,000 Serbs, we remind ourselves of who we are and where we are going," Vucic said.

Vucic stated out that endless lines of Serbian refugees on tractors are forever built into our identity.

We are talking about that same identity in which Jasenovac, Jadovno and Prebilovci are also forever integrated, said the President of Serbia.

He assessed that someone's clear intention was that there be no more Serbs in Croatia.

We are observing the words of Dr. Puk, the Ustasha Minister of Justice, who told the Serbs in July 1941: "Either remove yourself from our homeland by your own will, or we will evict you by force," the words of Franjo Tudjman from July 1995: "Serbs need to be struck so hard that they practically disappear,” the President of Serbia recalled.

Vucic stated that the Republic of Croatia calls and celebrates this date as the Day of Victory and Homeland Thanksgiving.

Victory over whom? Over good and modest people, over the citizens of Knin, Otocac, Gracac, Korenica, Obrovac, Vojnic, Petrinja, Vrginmost, Dvor, Plaski and Slunj and over the honorable hosts and farmers in the villages of Lika, Dalmatia, Banija and Kordun. Certainly not the one that Nikola Tesla meant, to whom the Ustashas killed ninety-one family members, 14 of whom were killed by cutting their throats in Jasenovac, and his monument in Gospic was blown up with explosives in 1992, said the President of Serbia.

He explained that for us, these are not just terrible numbers of victims.

We will never forget the endless columns of tractors driven by boys who barely escaped a bullet, bomb or dagger. The icons of our memory and the eternal foundations of our identity are mothers who are holding tight their babies, their Serbian babies to their breasts and look around in disbelief in fear that hordes of persecutors will resurface from somewhere and finish their long-planned bloody job. There are living pictures of poor furniture on tractor trailers and icons of family patron saints tucked in nylons and tarpaulins so as not to be damaged during the escape. Thus, as always throughout history, St. John and St. Nicholas, the Mother of God and the archangels, our heavenly protectors, traveled with us, said Vucic.

Vucic recalled the shameful verdicts of the Hague Tribunal, which released Croatian generals Markac and Gotovina.

In 2011, the Hague tribunal found Croatian generals Ante Gotovina and Mladen Markac guilty of participating in a joint criminal enterprise led by Franjo Tudjman. Gotovina was sentenced to 24 years in prison and Markac to 18 years for the crimes of persecution, deportation, robbery, destruction, murder, inhumane acts and cruel treatment. Just a year later, the tribunal's Appeals Chamber acquitted them of all charges. So much for international justice, Vucic said.

He pointed out that the Serbian people will never receive recognition from the world for their victims.

No one will ever whine and cry for Serbian children. No one will ever tell us that the Serbs suffered because the Serbs are sticking out and the Serbs are disobedient and unwavering. While I am the President of the Republic, I will not apologize to those who killed hundreds of Serbs! I want to keep the peace, but I will not trample on the killed Serbs! Truth is the only foundation on which the future can be built. Unfortunately, we are witnessing a departure from undeniable truths, Vucic said.

The President of Serbia said that people who have their heads bowed, who are afraid of themselves and others live in oblivion.

Only when they begin to remember can they stand up, open up and live with themselves and others without doubt or fear. They can forgive, and we can and must forgive, but we can only do that if we remember, because in oblivion there is no forgiveness for ourselves or others. May eternal glory be to the victims of the "Storm". Serbia is a mother, not a stepmother. Serbia remembers, long live Serbia, said President Vucic at the end of his address.

Serbian member of the Presidency of Bosnia and Herzegovina Milorad Dodik told the audience that they had gathered to remember the suffering of biblical proportions, another in a series that happened to Serbs from those lands.

The suffering that can and should be considered the final solution of the Serbian issue in the area of Croatian states, in the well-known ideology of the Ustasha Independent State of Croatia, which promoted that one third should be killed, one displaced and one renamed, Dodik reminded.

Dodik pointed out that today the spaces where Serbs lived are deserted and empty.

They did not even allow the people to return there in order to exercise their property and other rights, stated Dodik.

Patriarch Porfirije said that God does not count who has more victims and who fewer, and pointed out that before God all victims are the same, whether they are called Jovan, Jozo or Jusuf.

We remember our victims, but we are not resentful. Revenge and hatred diminish those who are obsessed with them. By praying today for the victims, for our loved ones, we do not want to abuse the victims, to deepen the spiral of conflict or to wage wars with commemorative policies of remembrance, the Patriarch said. 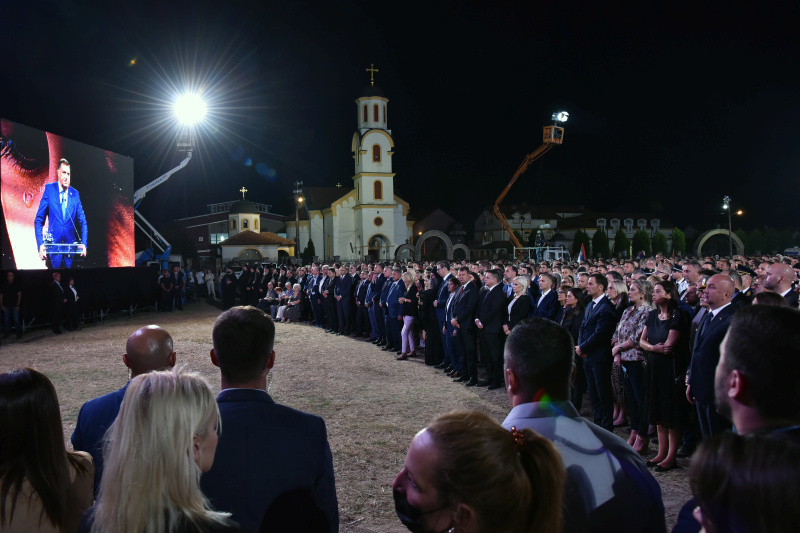 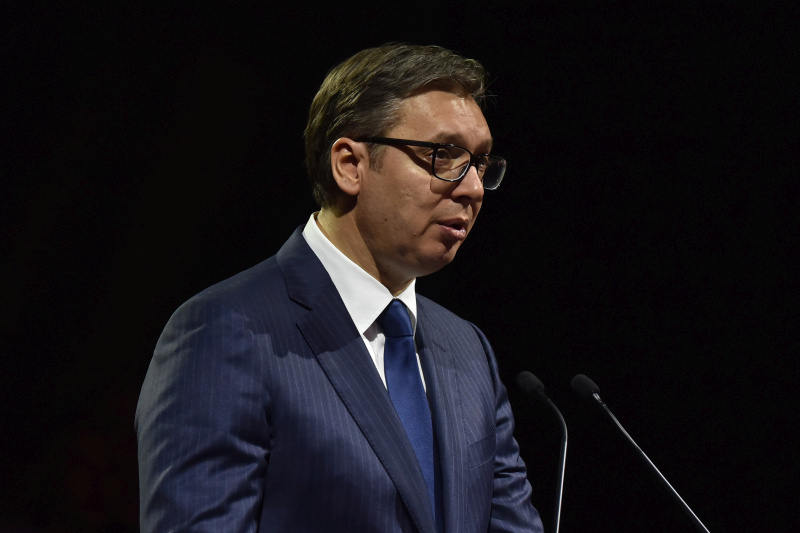