Prime Minister Ana Brnabic estimated that the decision of the outgoing High Representative of the International Community in BiH, Valentin Inzko, to impose a ban on genocide denial would further distance Sarajevo and the Federation of BiH from Republika Srpska.

In an interview with the Tanjug agency, regarding Inzko's decision to impose amendments to the Criminal Code of Bosnia and Herzegovina, which prohibits and punishes the denial of genocide, Brnabic assessed that it is a bad political decision, which only further complicates the situation in that country.

She said that with that decision, Inzko would expose all people and officials in Republika Srpska to even greater pressure, and stated that he made that decision now because he is leaving, and also because he wanted to leave it as his legacy, regardless of what that decision was bring to BiH.

The Prime Minister pointed out that it was a reckless and irresponsible decision, especially because it envisages a prison sentence, and reiterated that it was something that would create a big problem.

I hope I am mistaken, but I think it is irresponsible to pass such important laws without talking to the constituent peoples, she pointed out.

The Prime Minister pointed out that Serbia is respected if it amends one article of the law without a public debate, and something was done here without any public debate.

That decision is a humiliation for everyone living in BiH. The citizens of BiH did not deserve that and that is not and must not be a democratic norm, said Brnabic. 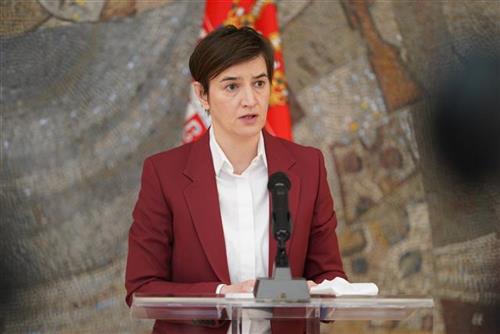