Prime Minister Ana Brnabic expressed hope that, after the meetings she will have during her two-day visit to the United States, a new round of investments from that country to Serbia will follow.

Upon her arrival in New York, Brnabic announced that in the next two days she would have numerous meetings with representatives of American startup companies and the community that invests in those companies, finances research and development in various fields, but also larger companies from the IT sector.

She pointed out that the growing interest of American companies in Serbia is not only because our country has been appearing at the top of all world reports on the IT industry, innovation, research and development, but also because they have good experiences in Serbia.

The Prime Minister cited as an example one of the largest American companies, NCR, which is completing a large campus in Serbia, where our country will be the company’s research hub in Europe.

According to her, these are Microsoft, which has one of the most successful research and scientific centres in Serbia, as well as companies that have bought our large and well-known companies in the last year, such as Epic Entertainment and 2-Times.

Brnabic pointed out that Serbia has made good strategic investments since 2016, primarily in the education sector, by introducing programming and informatics as a compulsory subject in primary schools and expanding capacities at technical faculties.

The Prime Minister reminded that our country has introduced the subject of the digital world from the first grade of primary school, increased the number of specialised IT departments, invested in science and technology parks and founded as many as three new research institutes.

She pointed out that this has led to Serbia being at the top according to some of the most credible world reports, such as the Startup Giant or the World Economic Forum, noting that a few weeks ago it was our country was in the top 15 countries in the world on the UNESCO list of countries that stand out by investing in research and development. 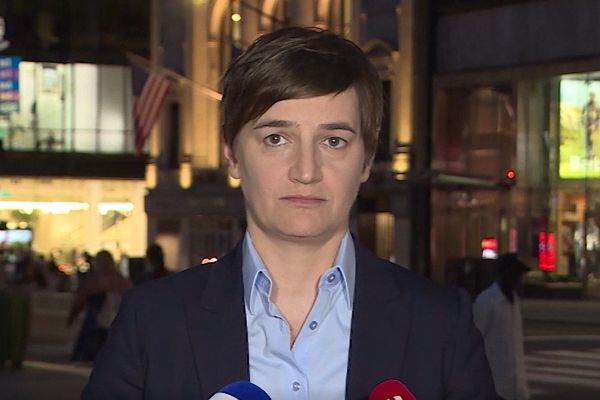