Minister of Foreign Affairs Nikola Selakovic stated today that the spirit of non-alignment is based on equality, freedom and peaceful cooperation of all peoples, and those values are woven into the state-building foundations of Serbia.

Addressing the participants in the Ministerial Conference of the Movement of Non-Aligned Countries, Selakovic pointed out that these values are both lasting peace and sovereign equality of states.

He sent an invitation to the representatives of the members of that movement to gather in Belgrade, on 11-12 October, when the 60th anniversary of the first conference of the Non-Aligned Movement in 1961 in the capital of Serbia will be marked.

Selakovic reminded that the former Yugoslavia and President Tito, as co-founders of the Movement, gave their contribution to the creation of a vision of a different world, and that Serbia, as one of the successors of Yugoslavia, is proud of that part of its history.

The Minister pointed out that the Non-Aligned Movement throughout its history has been a beacon of freedom to all those who sought the right to exist and prosperity in a world often ruled not by the force of law, but by the law of force.

According to him, even today we are in times of serious global challenges in which the Movement has the opportunity to reaffirm its libertarian traditions and commitment to a world of equals.

Serbia, as a military neutral and politically independent state, will give its most sincere contribution to such goals of the Movement. We hope that by strengthening mutual ties and cooperation, as a group of states and peoples that share the same values and interests, we will strengthen our common capacity to face the challenges of tomorrow. And the challenges are already ahead of us, he said.

Selakovic emphasised that international law should be a pillar of the world's political and security architecture, and added that Serbia respects the commitment of the members of the Movement for the goals and principles of the United Nations Charter. 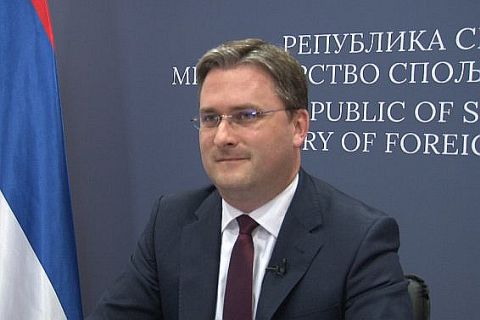