Today, Minister of Foreign Affairs Nikola Selakovic sent to US Secretary of State Anthony Blinken greetings for the Independence Day, emphasising that improving all forms of cooperation with the United States is one of Serbia's foreign policy priorities.

"On the occasion of the Independence Day of the United States of America, on behalf of the Ministry of Foreign Affairs of the Republic of Serbia and on my own behalf, I would like to send you my most sincere congratulations and best wishes for the prosperity of your country and the well-being of American citizens."

This year, Serbia and the United States mark the 140th anniversary of the establishment of diplomatic relations, with our two countries being allies at crucial historical moments, guided by faith in truth, justice and progress.

More than a century ago, the Serbian flag fluttered over the White House, and many American citizens, in the difficult days that Serbia went through during and after the Great War, expressed support for the Serbian people, worthy of admiration, which is why their charities remain in deep memory of our people.

I take this opportunity to express my high gratitude to the United States for supporting the process of European integration of the Republic of Serbia, as well as for the fact that we are recognized by your country as the economic engine of the Western Balkans.

I am glad that concrete steps have been taken in the previous period aimed at strengthening and deepening our bilateral cooperation, as well as the opening of the International Development Finance Corporation Regional Office in Belgrade, which will contribute to a stronger economic presence of the United States in our country and the region,” it is stated in Selakovic's greetings. 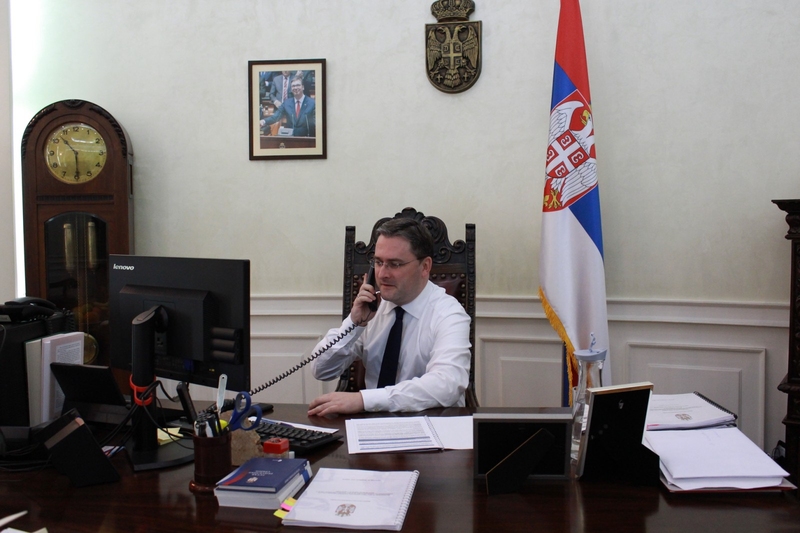